Home TV Interview with Matt Graham, writer of ‘The Untold History of the United States’ 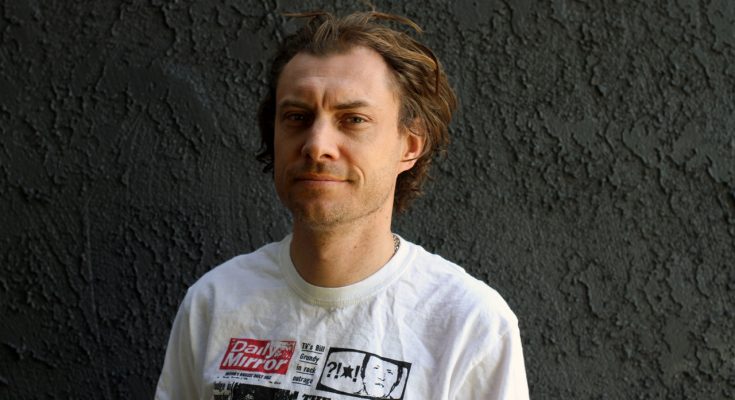 Interview with Matt Graham, writer of ‘The Untold History of the United States’

By Hollywood Stage MagazineComments Off on Interview with Matt Graham, writer of ‘The Untold History of the United States’

Matt is known for co-writing Netflix history series, ‘The Untold History of the United States’. Matt Graham is a US-based screenwriter originally from the UK, specialising in History and Crime, which he says “are the same thing.” Here he explains more about his important projects.

Matt, can you tell us about your beginnings in the film industry?

Growing up obsessed with films, I always knew I was going to be a screenwriter in Hollywood, the only question was how. I worked in the industry in London briefly after college, but my big moment came when I was accepted to USC Film Schoolto study screenwriting. It’s the biggest and most important film school in LA, and horrendously expensive.

A few nights before I went, I received a mysterious phone call. A benefactor had paid my entire tuition fees. That’s another story. I left the UK in mid-2002 to go and study there.”

What is your best project to date?

My biggest project to date was the groundbreaking Showtime and now Netflix history series, The Untold History of the #United States which was directed by Oliver Stone and written by myself alongside an amazing historian named Peter Kuznick. The show was hugely important in popular culture and very successful around the world. You can see it today on Netflix.

Working with Oliver was a childhood dream come true for me. It established my rep as a writer who deals with history as his subject matter a great deal. I followed it up with an original TV script about the secret war inside the US Government in the 1970’s which was very successful for me here in Hollywood.

Why do you think The Untold History of the United States was such a successful project and had great reviews?

The series was truly a groundbreaking one here in the US. Oliver Stone is a huge name in the industry and his outlook on the world always gets attention. However, there were many other factors: for example, it was the first popular history show on mainstream TV for many years. The show was also of interest to a huge number of people in the US, where a debate about the country’s role in the world has been ongoing for years. Even people who disagreed with it watch it. Even today, people ask me about working on it, or what I think of different news stories. Part of the reason why is that we highlighted dramatic and unknown stories that don’t fit traditional narratives – like the story of Henry Wallace, the Socialist who nearly became President, or James Forrestal, the country’s first Defence Secretary who went insane through fear and killed himself. We tried to look at history from an outside the box perspective which isn’t done commonly here. The show was very dramatic – filled with clips from movies and lots of action, and I think this really helped it overseas.

How did writing change your life?

Writing has given me a completely abnormal life. It’s given me an enormous opportunity in terms of living the life I always wanted. Its also given me the opportunity to travel and meet many interesting people. I’ve worked in Hollywood for many years, and I’ve lived in Latin America for five, and taught and travelled in West Africa. I’ve done amazing things and been to incredible places. Most people want quiet and stability, but accepting that writing is going to be your path is to accept chaos and instability into your universe. The writing process is very hard emotionally and not understood by noncreative people, which is why most creatives all life here in Los Angeles where we can be together. It makes you very eccentric – alongside your normal friends from childhood! Writing gave me the chance to have everything I ever wanted. I don’t regret a single moment.

The Filth … and The Fury #sandiego #boat #imonaboat

I’ve been involved in numerous TV and film projects here in Hollywood over the years. I’ve been trying to sell a show about female police officers in Tijuana, for instance, called Policias. Right now, I’ve also got a really exciting Indie feature film in development with Barry Films (The Whistleblower) called The Boyfriend about a girl in the near future who “downloads” a boyfriend because she’s lonely. It’s my – and my cowriter’s – comment on the Instagram culture and my first real attempt at Sci-Fi. We should be shooting next year. I’m also involved in the writing of a brand new TV series about the true story behind the Apollo Moon Landing in 1969 produced by UK-US based Atrium. The show’s being Showrun by major Hollywood vet Steve Kronish – and its a privilege to be working alongside him. Its a drama and very dark – the real story is an exciting one and its great to bring it to audiences. The show’s set to air next year.

Previous PostActress and dancer Kat Rogers on how she stays fit Next PostCelebrity photographer Nick Wall: "The contacts I made in Cannes helped me a lot"