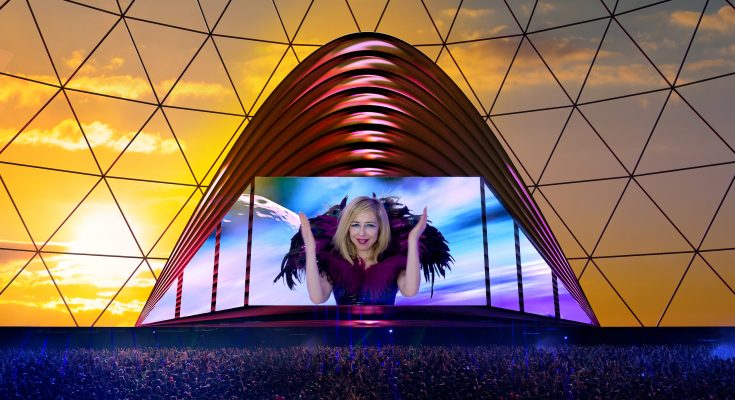 Industry insiders will be treated to an exclusive screening of the feminist sci-fi comedy ‘Galaxy 360’ at 8.00pm on 15 September at the Toronto International Film Festival. The first screening, planned for 13 September, sold out in 24 hours.The bold and subversive movie is written and directed by Anna Fishbeyn, who also stars in this satire on gender roles set in 2195, when women rule the world.

Anna plays Illumina, a giant media personality overseeing a men’s beauty pageant. Behind the scenes, there’s drama, tears and insecurity from the male contestants, who perform to wow the judges in this glittering, kitsch, yet thought-provoking ride of a movie.

The response to the film has been fantastic so far, Anna said: “It’s been incredible: people have laughed, which is what any comedic director can hope for, but they also responded to the poignant truths in the movie.

“People came up to me at the end and told me that this film had touched them and made them see things that they didn’t see before.

“It was important to me that men had such a strong visceral response to the movie, because I hope the film opens men up more to women and helps them experience the world, if only for an hour and a half, from women’s point of view.”

Anna added that the themes of the film are “incredibly timely”.

She said: “We continue to make progress, but definitely not enough. And we also continue to face new challenges that send us back in time, such as the overturning of Roe vs Wade, and the increase in domestic violence during the pandemic.

“We still live in a world where our looks, our clothes, our sexual appeal on social media matters so much that it obscures everything else in women’s lives. It creates the same cycle of young girls being taught to care more about their looks than their achievements and careers, and women being kept out of power and wealth.”

“‘Galaxy 360’ was wonderfully humorous and rather allegorical at the same time, especially the juxtaposition of roles and reversal of beauty contests” – Bill Zook, COO and producer, 8ball Entertainment

“You will be rolling with laughter” – Steve Owens, film producer

“The star is fabulous! What an amazing accomplishment to write, direct and star in it” – Richie Rich, fashion designer and TV personality

“Anna tackles a really challenging and difficult topic in a completely unique way, and the result is a powerful meditation on our society. It’s also quite funny. There is nothing out there like ‘Galaxy 360’!” – Liliane Jardin, film sales agent

“If I could only say one thing about ‘Galaxy 360’, it would be this: take every man you know to see this movie” – Tracy Lamourie, Lamourie Media

Tickets for the first screening of the film at Toronto International Film Festival sold out in 24 hours. The second screening at the Festival will be on 15 September: https://www.eventbrite.com/e/galaxy-360-a-womans-playground-screens-at-royal-cinema-with-filmmaker-tickets-417419943287?aff=ebdsoporgprofile .

Previous PostActing, producing and always learning: Stacey Edward Harris’s success in the film world Next PostActor Greg Canestrari on how a family tragedy lead him to his lead role in ‘Lilyhammer' 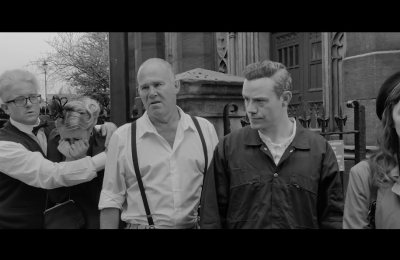