Home Celebs Celebrity photographer Nick Wall: “The contacts I made in Cannes helped me a lot” 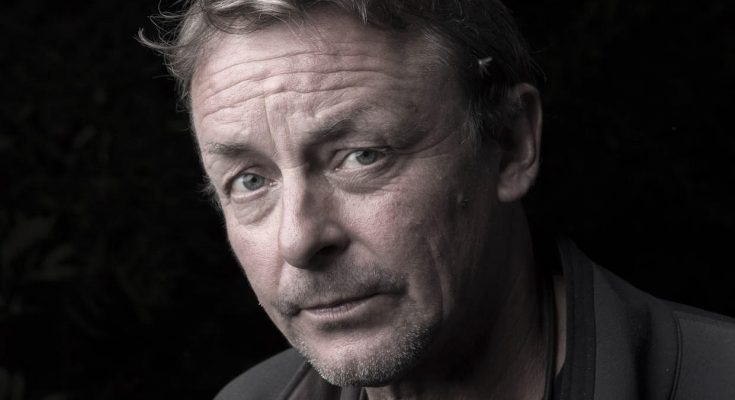 Celebrity photographer Nick Wall: “The contacts I made in Cannes helped me a lot”

By Hollywood Stage MagazineComments Off on Celebrity photographer Nick Wall: “The contacts I made in Cannes helped me a lot”

Nick Wall is a celebrity and film industry photographer who has worked with some of the world’s best known artists.

Nick made his way to the top and has produced portraits of famous artists such as #David Bowie, Pierce Brosnan, Colin Firth, #Glenn Close, Jude Law and many many more. His TV work includes amazing photography on Game of Thrones, McMafia and Downton Abbey. Nick’s film stills include movies such as The Duchess, Dom Hemingway and The Woman in Black. He will often do both the onset photography as well as the poster shoots, such as in Florence Foster Jenkins.

Nick, can you tell us about your beginnings in film photography?

Nothing happens immediately. It’s a gradual process of gathering new clients, getting new types of work and improving your craft.

I had always been involved with the entertainment industry, first starting in the music industry and then slowly migrating into the film industry. I first went to the Cannes Film Festival in 1986, covering events and doing portrait work. The contacts I made there helped me get work on film sets and work for magazines covering film celebrities.”

What were the most significant projects you’ve done so far and had the most impact on your work?

For 14 years I was the official photographer for the London Film Festival, this was a wonderful learning experience as I photographed all the filmmakers and actors with no further brief than to satisfy my own artistic vision. At the festival, I did portraits of people such as Christopher Lee, Ed Harris, Dustin Hoffman Holly Hunter, Kevin Bacon, Isabel Huppert and many others.

Having worked on more than 150 feature films, it’s hard to pick out any landmark projects, but Sexy Beast a film starring Ray Winstone and Ben Kingsley was definitely a point after which many more offers of film work came my way and for more prestigious work.

Which celebrities have you enjoyed working the most and why?

There are so many I have had the pleasure and privilege to work with, but I’ll mention a few. Recently working with Glenn Close was an amazing experience, a truly talented and wonderful superstar. I was working on a film with her when she asked me to shoot the poster for Sunset Boulevard which she was about to start on on Broadway. The poster ended up covering the whole of the building with huge ads on Times Square. Another amazing star to work with was Meryl Streep, what an incredible actress, but also extremely aware of everybody’s needs on the film set and would give everyone the time they needed to do the work to best of their ability.

It was a privilege to have a front-row seat on Florence Foster Jenkins. Of course, a personal highlight for me was photographing David Bowie. I was commissioned to do a poster shoot for a film that he was starring in. I remember having to try and guide him to stop looking like a superstar and more like the character he was portraying in the film. Of course, my favourite images are him being David Bowie.

Another birthday. #davidbowie would have been 71 today. Here’s a portrait I did with him sometime ago on the Isle of Man. Was my birthday I recall. He signed a picture disc of one of his records that I had been using as my kitchen clock #portraitphotographer #nickwallphotography #blackandwhitephotography #filmphotography #hasselblad500cm

What is your current project and what are your next projects to date?

Trust and discretion is a huge part of the work I do. I rarely talk or mention my current projects unless the film company wants me to. I tend to talk about my projects as and when the production or publication does, so as not to interfere with their marketing strategy. Recent projects that have just been released was the TV show McMafia with James Norton, The Children Act with Emma Thompson comes out later this year, Journey’s End was recently released to critical acclaim, Red Joan starring Judy Dench and Sophie Cookson and directed by Trevor Nunn was also a recent highlight. We wrapped that film last December and it should be in cinemas by the end of this year. I have also recently dipped my toe in directing. A short film I directed called Retribution is about to be released. And am in conversation with people to direct a feature.

Previous PostInterview with Matt Graham, writer of 'The Untold History of the United States' Next PostOfficial Teaser for the Award-winning Retribution action film is here