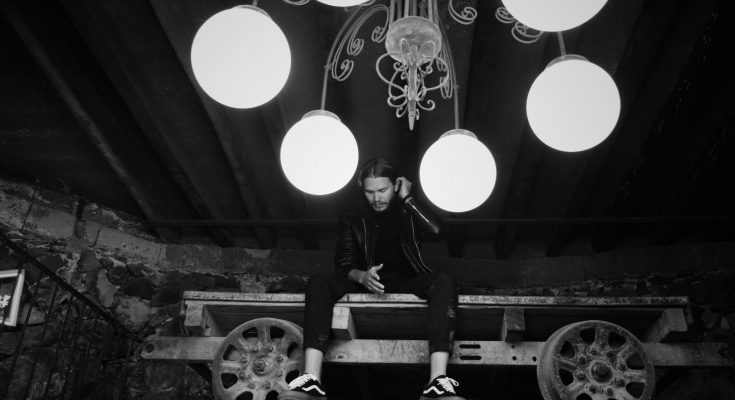 Actor Diego Torres Kuri’s star is on the rise, as Bollywood calls

By Hollywood Stage MagazineComments Off on Actor Diego Torres Kuri’s star is on the rise, as Bollywood calls

Up-and-coming actor Diego Torres Kuri is excited about his new project, a Bollywood film. Best known for playing Liam in ‘Life as a Mermaid’, Kuri has also had the opportunity to act alongside Steven Seagal and the late rapper and actor DMX in ‘Beyond the Law’. In his short but exciting career DTK has also worked with incredible movie stars, directors and producers, including King Bach, Mario Van Peebles, J.C. and Kian.

Diego’s passion for acting started in the theatre. His first experience of drama was appearing in his school play, where initially he enjoyed skipping class to go to rehearsals! But the more he rehearsed the more he fell in love with this world of fantasy and role-play, so much so that he started dressing up as different characters at home to give performances for his family and make them laugh.

DTK started working in the film industry in 2015 when a friend of his asked him to be in a short film he was producing and directing. Since then his career has snowballed – despite not having an agent or manager, he’s managed to land many roles in amazing projects, including Liam in the popular web series ‘Life as a Mermaid’, which gave him a lot of credibility in the industry, and the music video for the record-breaking song ‘Closer’ by The Chainsmokers.

Working with DMX on ‘Beyond the Law’ was a big deal for DIego, as he was a huge fan – he described the opportunity as “pure serendipity”. Diego has also really enjoyed doing commercial work for brands including Toyota and Hilton Hotels.

When acting in ‘Life as a Mermaid’, DTK was approached by the producer to ask him if he’d like to co-direct a special episode for Valentine’s Day. DTK didn’t hesitate to accept the challenge; although it was something new for him, he was keen to do it.

He said: “It gave me a whole other level of respect for directors. Having to be the leader of the project and guiding everyone towards one objective is not an easy task, but it gives you a certain freedom towards creating what you want to express.” He loved the experience, adding: “I have been craving to do it again and have been working on creating my own projects for some time now.” Diego enjoys all aspects of the creative process, and plans to produce and direct his own content in the near future.

But for now, Bollywood is calling. DTK said: “I’m getting ready to fly to Mumbai, India to film an upcoming Bollywood film, I can’t release any more info about the project at the moment but it involves some of the biggest movie stars in India and incredible talent from all over the world.

“It has been a difficult process due to COVID-19. But now that things are looking brighter, I’m ready to take on this new project. I’m very excited and grateful for the opportunity to get into this new market. I’ve always dreamed of being an international movie star and this is definitely an important step in my career.”