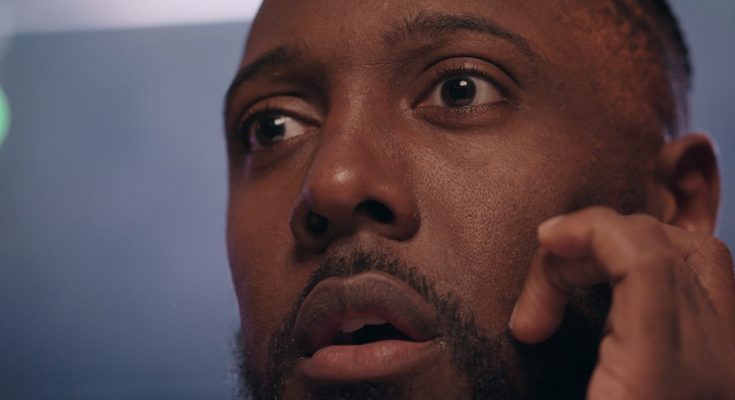 ‘On The Other Foot’ tells the story of London cab diver Billy Pitcher, an out-and-out racist who’s suddenly forced to reexamine his views. Billy is constantly pushing his right-wing agenda, but when his daughter starts dating a Black man, it tips him over the edge. She convinces him to attend her boyfriend’s African church, but when he wakes up the next morning he looks in the mirror and realises that he now appears Black…

What follows is a comedic but thought-provoking journey, as Billy finds out first-hand what it’s like to be Black in today’s society and why the world is marching and shouting, “Black Lives Matter!” It also touches on interracial relationships, and the challenges people of colour experience on a daily basis.

‘On The Other Foot’’s award-winning writer and director, Fredi Nwaka, said he was inspired to make the film following the murder of George Floyd and the global Black Lives Matter marches.

Nwaka himself was fostered by a white family in Deal, Kent from the age of three months, as a result of the ‘farming’ culture, where many young Black Africans were sent to live with white families. For many years, he was the only person of colour in the town and experienced extreme racism, from being called offensive names to being tied to trees. He also battled with his identity, growing up as a young Black boy with white parents.

Fredi said he wanted to make a film that was current, edgy and real, and accessible to all walks of life. He hopes ‘On The Other Foot’ provides life lessons, carefully balanced with entertainment, so that the film can be enjoyed on multiple levels. He also wants to challenge everyday stereotypes.

Filming took place in London and was shot throughout the height of the pandemic, which proved demanding for Nwaka and his production company, Are We Dead Yet Films. It was hard to keep the cast and crew safe while trying to create a film that was authentic and realistic.

The film conveys many messages, but the most poignant is that what lies underneath is most important. Nwaka believes what makes Great Britain great is all the races and cultures that live together in a melting pot. It’s also a story of hope and change – one that, when all the marching and cheering dies down, Nwaka hopes will live on and provoke thoughtful conversations.

The film’s concept has been compared to the late Melvin Van Peebles’ film, ‘Watermelon Man’,which was brought to Nwaka’s attention after the completion of his film, a comparison Nwaka says is an honour.

‘On The Other Foot’ will premiere in London on Monday 29th November at Cineworld O2 in Greenwich, hosted by Vanessa Feltz and Ben Ofoedu. This will be followed by a global release.

Previous PostActor Diego Torres Kuri’s star is on the rise, as Bollywood calls Next Post‘The Journey of Mr. Deshee’ follows an illegal immigrant from India to the US