Home Film ‘The Journey of Mr. Deshee’ follows an illegal immigrant from India to the US 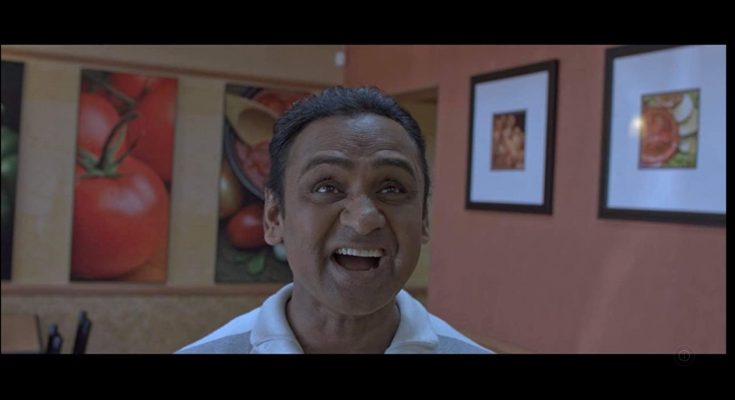 ‘The Journey of Mr. Deshee’ follows an illegal immigrant from India to the US

By Hollywood Stage MagazineComments Off on ‘The Journey of Mr. Deshee’ follows an illegal immigrant from India to the US

The new film from director Neel Esh Patel, which is based on a true story, follows an Indian illegal immigrant travelling from Mexico to the USA. American news channels show people crossing the border every day, but Patel wanted to highlight how it’s not just Mexicans doing this, but people from across the world who dream of starting a new life in the USA.

Mr. Deshee is a lower-middle-class Indian man who wants to find success in America, but ends up getting mixed up with a Mexican coyote who illegally smuggles him across the river to Kingman, Arizona. He struggles to keep going but never gives up on the American Dream.

Patel is the writer, director, producer, and lead actor in this powerful film. He was born in India and worked in Bollywood before moving to Las Vegas, and said the idea for ‘The Journey of Mr. Deshee’ came from people he’d met in the village he grew up in. Patel said his film had a very strong message for those who were tempted to make the dangerous journey to another country as an illegal immigrant: “Money is not important, your family is most important.”

The team overcame many production problems. Originally an actor from Texas was due to play Mr. Deshee and there was another director on board. But just before pre-production, the director asked Patel to reschedule to three months later. Patel replied that he could not change the dates, so he would direct the film himself.

The crew were planning to shoot the film in Mexico, but the  Mexican government didn’t permit them to do so. So in the end, they filmed on the Mexican border in Arizona, as well as in Las Vegas and Ahmedabad in India.

Then, three days before the shoot, the lead actor dropped out. Patel held a meeting with the crew and announced that he would play Mr. Deshee himself. The rest of the cast includes Devanny Pinn, Adam Berardi, Sejal Parikh, Jay Alfonso Lopez, Jagruti Thakor and Ronnie Nanos.

Neel Esh Patel was born and brought up in Ahmedabad, India, and always loved drama at school. He received a master’s degree in chemistry but never wanted to work as a chemist, as he dreamed of working in the film industry. He moved to Las Vegas, but soon realised that it was tough without contacts in Hollywood.

While he was making his way, he opened an Indian restaurant on the Las Vegas strip, while writing the script for ‘The Journey of Mr. Deshee’ in his spare time. During this period he learned the ins and outs of filmmaking with his producer friend, with whom he produced his first Hollywood film, starring actress Tara Reid.

In 2018 he opened up his own company, Patel Films, and started working on ‘The Journey of Mr. Deshee’. The film has now received dozens of awards from film festivals around the world.

‘The Journey of Mr. Deshee’ was released on streaming platforms, including Amazon Vimeo, on 15 October.

Previous PostNew film 'On The Other Foot' explores racism in the UK – with a twist Next Post‘Galaxy 360: A Woman’s Playground’ explores a funny, feminist future