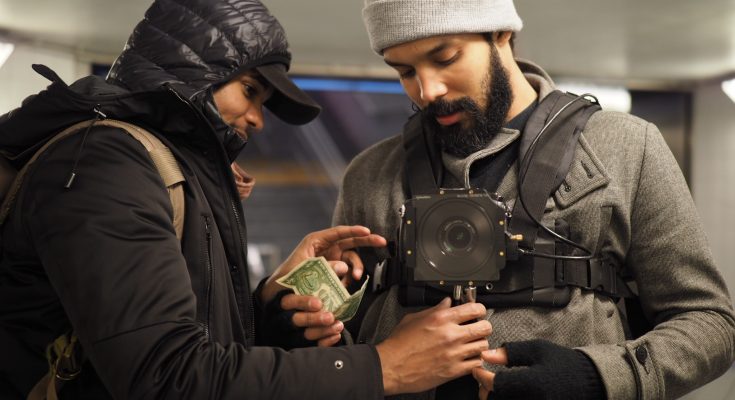 Motus Nova CEO and founder, Víctor Manuel Burgos, said: “It’s very easy to tell the story of Robert the bank robber, but like someone wiser than me said, ‘No one is totally good or totally bad’. I was fully committed to dig deeper. I wanted to meet Robert the magician, Robert the stunt artist, Robert the father, Robert the son, Robert the identical twin brother.” The film will premiere this summer and will be available on vimeo on demand in the United States and Canada. Global distribution will follow.

Motus Nova Group is a film production house that has operated between New York and the Dominican Republic since 2014. Its founder Víctor Manuel Burgos is an auteur filmmaker who established the company under an ambitious vision: crafting arthouse films that are both independent and commercial. The group’s slate focuses on feature narratives for theatrical release, and shorts and documentaries aimed at subscription video on demand (SVOD) and transactional video on demand (TVOD). ‘Motus Nova’ is the Latin translation of ‘new motion’, symbolizing the company’s ambitions for the film industry.

With the release of their film ‘A Man of Faith & 12 Hours of Temptation’ (2018), Motus Nova Group gave audiences a glimpse into the type of intimate stories they’re bringing to the big screen. Burgos describes them as: “Vivid tales about regular people who happen to have extraordinary lives”.

Motus Nova Group aims to shift the paradigm surrounding the separation of arthouse and independent films and those produced within the Hollywood studio system. The company oversees every project through development, pre-production, production, post-production and distribution, and seeks to answer one simple but fundamental question: Why can’t a film fully serve the entire gamut of moviegoers?

Burgos says: “We live in a time ruled by the mass production of disposable movies and pedestrian content. We are bombarded with hundreds of profit-driven titles, and everyone has their pick, bad or good. Motus Nova Group wants to be everybody’s pick. We serve art, wisdom, and entertainment on the same plate. You don’t have to choose: why should you have to?”

Motus Nova Group’s next feature project, ‘Atracadores’, set in the Dominican Republic, is now in pre-production. ‘Atracadores’ (which translates as ‘Thieves’) explores the world of Luis X, an actor on his way to stardom, on his way to embody a cold-blooded thief with nothing to lose.

Filming begins in November 2021, aiming for a mid-2022 worldwide release. The film will be directed and produced by Víctor Manuel Burgos.