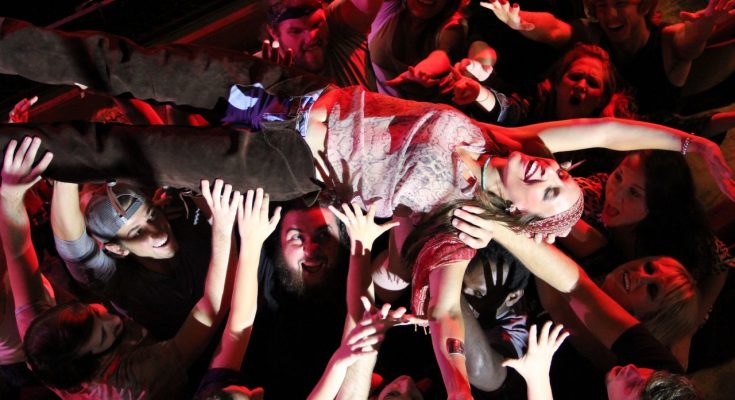 A successful play celebrating the highs and lows of rock ’n’ roll is about to hit the big screen. ‘Raunch and Roll’ follows Roxy Starr, a rock singer who was huge in the 1980s and 90s, but who abandoned a stadium tour at the top of her game and hasn’t been heard from in almost 20 years.

Fast-forward to the present day and Roxy receives some devastating news. In response she leaves her Malibu mansion and, along with her long-time manager, heads to the small Michigan town where it all began for her as a teenager.

But Roxy receives a less-than-welcoming reception, due to the bridges she burned back in the day. She finds more enemies than friends, plus a long-abandoned son that she had given up for adoption. Her estranged mother reminds her of all her mistakes and how she trod over so many people to get to the top. Knowing that the clock is ticking, she works to turn her past around and give one last concert before the lights go down for the final time.

‘Raunch and Roll’ was conceived and written as a play by Brendan Ragotzy from the acclaimed Barn Theatre in Augusta, Michigan which, at 75 years old, is one of America’s longest-running regional theatres. Brendan’s father, Jack Ragotzy, set up the theatre and was also a well-known Broadway director and writer. Jack brought up Brendan to appreciate the theatre, as well as teaching him how the film and television business works.

The Barn Theatre helped launch the careers of stars including Jennifer Garner, Dana Delany, Adrienne Barbeau, Tom Wopat and Lauren Graham, plus dozens of other Broadway and film actors. Brendan wrote ‘Raunch and Roll’ to celebrate his love of 1970s and 80s rock and it originally sold out during its run at The Barn Theatre.

After the financing fell through to take it off-Broadway, an indie film production company, Friel Films, stepped in to finance a film version, with the request that the lead in the play, Penelope Alex, star in the movie.

The Barn Theatre has such strong industry ties that the brilliant original music in the film is written by songwriters as impressive as Richard Marx, Fee Waybill, Gary Cherone and Troy Benson.

The movie was filmed in Malibu and Beverly Hills, California, as well as on location at Kalamazoo, Augusta, and Battle Creek, Michigan. The production crew was challenged by the winter weather in Michigan, where there would be heavy snow one day, which would then melt the next.

‘Raunch and Roll’ has been acquired for worldwide distribution by Green Apple Entertainment. It is now available for viewing on Comcast/Xfinity Cable VOD, Charter Cable VOD and Amazon Direct Video.