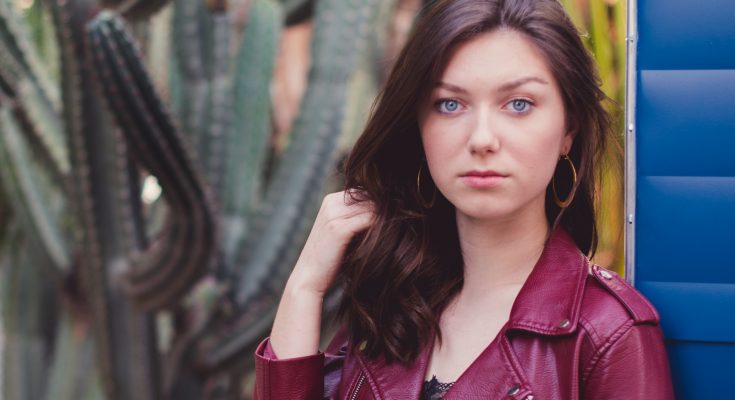 In the past few months several news reports have begun to emerge about an exciting new Disney+ film entitled, “Secret Society of Second Born Royals”. Executive producers Austin Winsberg and Mike Karz have joined forces with Anna Mastro in the director’s chair. Incredibly the 16 year old Isabella Blake-Thomas has now been revealed as one of the lead actors in this very special film, taking the role of “Princess January” alongside other major names including Peyton Elizabeth Lee and Greg Byrk.

Isabella Blake-Thomas has been working on and off in LA as well as the UK for over 10 years. Her career first started on the popular British children’s channel, “CBeebies” in “The Green Balloon Club” as one of the main presenters, aged just 5. She then played young Zelena in the “Once Upon A Time” TV series and starred as “Izzie” in “Johnny English Reborn”. Isabella has also won several acting newcomer awards and just recently acted with Rhyon Brown (“Empire” TV series) in a film that is being entered into the Academy Awards, called “Unseen.”

In what has been a well-kept secretive project for many months, Isabella (having just having turned 16 years old) landed a starring role in the new sci-fi fantasy for Disney+ streaming service called, “Secret Society Of Second Born Royals”. Starring as a contemporary princess, Isabella plays the British “Princess January”. It is rumoured that filming began in Toronto, Canada in May 2019 and is shortly to conclude, but no date has yet been set for transmission.

In this interview, she told us more about her wide range of exciting projects to date and revealed what she is up to in the near future as she reaches adulthood.

Isabella, can you tell us about your acting beginnings?

Although it seems like yesterday, it was actually 10 years ago when I did an open audition for a show on “CBeebies” program, “The Green Balloon Club”. I co-presented it along with four others. From there, I got an agent and started getting roles in both TV and film. This industry also allows you to do so much more than just be an actor and I now run my production company ‘Mother & Daughter Entertainment’ as well as working at Cindy Cowan Entertainment.

I think you can live anywhere nowadays as long as you have access to good travel facilities. I love living in LA because it is the hub of the industry but also I love the consistent warm and sunny weather. By living in LA it has allowed me to meet fellow actors that I might not have known, as well as take jobs that have a quick turnaround.

I would definitely have to say the current one: actually being a real “Disney Princess”. As the British Princess “January” in the very first Disney+ movie, “Secret Society of Second Born Royals”, I am so lucky to play a wonderfully layered character. The film I did before this was one which my production company produced and wrote, called “Unseen” in which I starred alongside Rhyon Brown, Rebecca Da Costa and Yolanda Wood. It’s about the dangers of social media and how it coincides with child trafficking. That premieres in LA in September this year.

Due to my acting, I now live in a different country. I didn’t go to a normal school and was self-educated. I have different friends and I have experienced totally different cultures and traveled the world. I also live on a boat with my mum in LA, which is something I’m not sure we would have done in London and most importantly, I’m also a producer, writer, and actress, which I’m sure would never have happened if it wasn’t for my acting.

Do you have any other interesting film or TV projects coming up?

I’ve just written two more projects that I’m producing and starring in: “Millie and Me”, based on a true story about my relationship with my best friend, who was 100 years old and the other project is called “Arabella”, which is based on a book my mum wrote. Chandler Kinney (“Lethal weapon”, “Zombies 2”) and I are co-starring and producing this as well.

Outside of acting I am also hugely excited that I will be taking my private pilot’s license exam this year as well. Yep, I fly a Cessna 172 small plane, solo! Also, my second EP will be released later this year and then of course the Disney film will premiere! Woohoo!