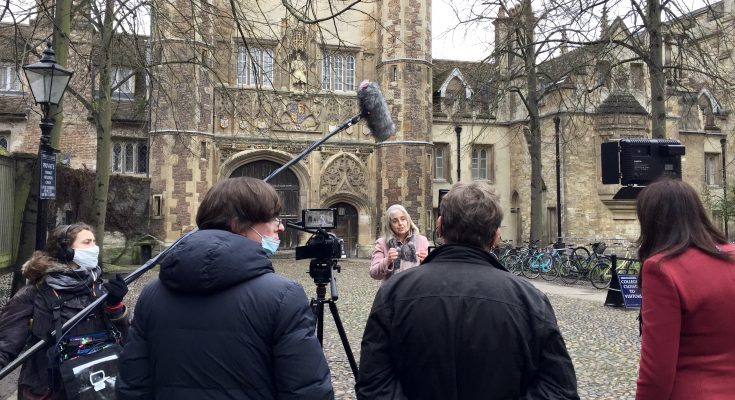 ‘Brexit Through The Non-Political Glass’ is a new documentary that takes a fresh look at Britain’s once-in-a-generation referendum on Europe.

The film’s director, writer and producer, Nina Kojima, is an Eastern European immigrant. Despite now considering herself British, she did not have a right to vote in the Brexit referendum five years ago. Here she explores the truth about Brexit, away from the politicians, propagandists and populist agenda that fill the day-to-day press coverage.

She travels around England to meet and talk to the academics she wished had been listened to before the referendum. Leaving aside the transient chatter of social media and politics, this is a fundamental re-examination of Brexit from experts and professors from some of the UK’s most highly renowned universities. The film also looks at how, to the rest of the world, Brexit has now come to personify Britain, along with the royal family, fish and chips and The Beatles.

Nina is a veteran journalist turned award-winning film director, writer and producer. She started her career in her home country of Slovenia, where she worked on such diverse broadcasts as the state visit of US president Bill Clinton and the Eurovision Song Contest. When she moved to Britain she became a foreign correspondent, commentating daily on Brexit for Slovenian TV and radio channels.

Since 2015, when the former prime minister David Cameron promised a referendum in order to secure his win at the general election, Nina has been listening to both of the sides of the argument. Her focus in this documentary is not based on blame or shame, but on the historical facts and opinions of the experts. She believes strongly that people around the globe deserve a truthful explanation of how this all happened.

The Brexit drama continues to rumble on in the UK, with the Scottish Government’s demands for a new referendum on independence and Sinn Féin’s intention to unite Northern Ireland with the Republic. The Brexit deal itself also has many loose ends that may take years to tie up.

In the documentary Cambridge professor Catherine Barnard points out that even after the deal has been signed, UK citizens are as divided as ever and may remain this way for several decades. This is because the referendum, which for many was taken as a vote on immigration and sovereignty, is now more widely understood.

Many UK professors participated in the documentary, including:

‘Brexit Through The Non-Political Glass’ will be released in early spring 2021.