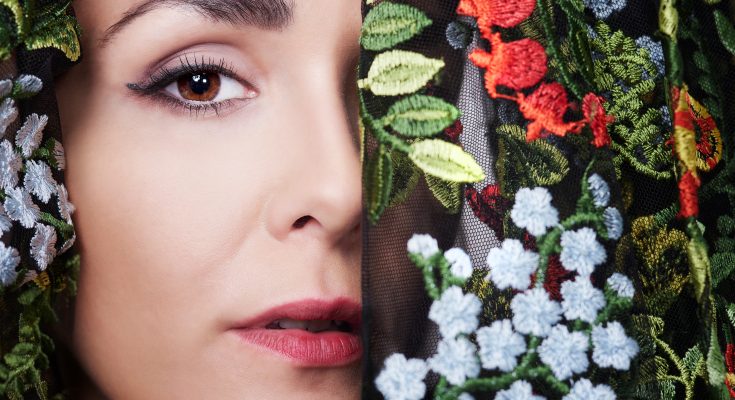 Up-and-coming actress Nadia Lamin is inspired by classic Hollywood films, and her latest projects range from edge-of-the-seat horror to tragi-comedy.

Nadia’s most recent film, the terrifying home-invasion film ‘Hosts’, has had a lot of media attention. But this is just the beginning. The actress has many other projects lined up, including ‘Giddy Stratospheres’, set in the 2000s UK indie music scene. Nadia tells us about her unusual childhood, acting beginnings and award nominations.

Nadia, can you tell us about how you started acting?

Acting wasn’t a choice I really knew existed as a career path, until I moved to England. I lived in North Africa for the first part of my life, and I had a very different upbringing to those who were brought up in the West. I always knew I loved to perform, and my mum knew this about me too, so she signed me up to a weekend drama club. I got the acting bug and at 18 I started training at the East 15 Acting School for three years.

Who inspired you to be an actress?

I was inspired by a lot of films I watched as a child, such as ‘Thelma & Louise’, ‘Sense and Sensibility’ and ‘Indiana Jones’. I loved entering a new world or dimension.

I used to have to keep myself preoccupied as a child in North Africa as the summers were long and I was the youngest of my siblings by 12 years, so I would just delve into my imagination.

What do you think it takes to be an actor?

I think a good actor takes risks, has the ability to make the audience believe in them, and does their preparation – they research and contribute ideas, depending on which director they are working with.

Tell us about your most recent projects.

I star as Lauren in ‘Hosts’, a supernatural horror film directed by Richard Oakes and Adam Leader. It won ‘Best Death’ at the Total Film FrightFest Awards and was part of Sitges Film Festival’s ‘Midnight X-Treme’ category this year. It’s currently out in the US and Canada but yet to be released in the UK and Europe.

“I also play Lou in ‘Nefarious’, by Ash Mountain Films, for which I have been nominated twice for Best Actress during its rounds on the film festival circuit.”

I also appear in ‘Homeless Ashes’, directed by Mac Zammit, acting opposite Lew Temple (‘Walking Dead’, ‘Once Upon a Time in Hollywood’) as his wife, Avi.

What is your next project?

I’m now preparing for a short film written by NFTS graduate Amy Brandis, called ‘Screw the Pooch’, playing the lead role of Kay. It follows Kay’s journey after the loss of her mother, however Death has unfinished business…

And I’ve just wrapped on ‘Giddy Stratospheres’, playing the role of Zee – it’s a tragi-comedy that centres around the 2000s indie music scene in London. That was an amazing experience.