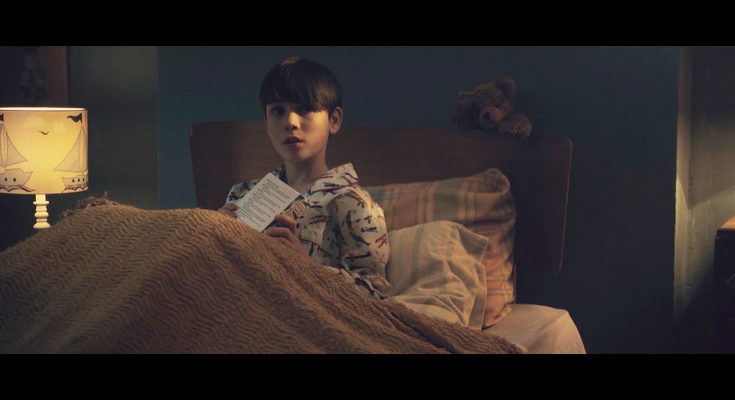 Grammy-nominated composer, Stephen Endelman, who was abused by a former school housemaster, Trevor Bolton: the compelling story is told in ‘A Boy A Man And A Kite’.

Following a diagnosis of brain cancer in 2010, Stephen (now 55 years old) spent three months in a coma. His opening-up to share the story changed his health and life for the better.

He is now dedicated to the importance of the truth, and finally is open to talking about the abuse he suffered as a child. Stephen has learned during his journey that the majority of men tend not to talk openly about their sexual abuse experiences and has decided to share his story in a short and compelling drama, “A Boy a Man and a Kite”, directed by co-writer and producer Adam Matalon.

“A Boy A Man and A Kite” is the story about a dying man who contemplates his state of limbo and revisits his younger self, whilst exploring the potential causes and boundaries of his coma. The film explores themes of love, sexual abuse and redemption. It’s a film about the loss of innocence and hope, based on true events.

In 2014 Stephen received a call from Oxford-based, detective constable, DC Coin, enquiring whether he would be a witness for the Crown Prosecution in an historic sexual abuse case. The case in question involved Stephen’s former school housemaster, Trevor Bolton. Initially Stephen’s response was one of great surprise as he had assumed Bolton was dead; however, that was not the case. Bolton was alive and well and living in Clacton-On-Sea. Over the following two years, Stephen spent many days and hours working with the police detectives and subsequently became the first to speak up.

Emmy nominated director Adam Matalon felt very emotional whilst filming the last scene: “I’ve never cried on set in 20 years of production until I shot the scene between the two Daniels at the end. The notion of being able to interact with yourself across the years is a heartbreaking concept.  ‘Love Actually’ actor Dan Fredenburgh(Daniel) and I were both teary and when our gloriously talented Tommy Eplett (young Daniel) asked us why we were crying he proved that he will have to wait 30 years to know why.”

Ajay Nayyar, producer of the film, had no previous awareness of Stephen’s story, even though they had known each other for quite a few years: “When I was in LA in November 2017, Stephen decided to show me the script, which is when I first learned about his story and he asked me to produce this for him. I was initially very shocked and upset, but there was no way I wasn’t going to make this film.”

Nayyar was joined by a team of around 50 others involved in the production process, which became particularly challenging as they only had six days to shoot the complete movie. He continued: “We had an Oscar winner and an Oscar nominee as members of the team who came forward to work with us as they understood what we were trying to achieve and wanted to help. We also had amazing camera and lighting gear more or less donated.” The goal in Nayyar’s opinion was to raise awareness of child sexual abuse and let children know that it’s ok to tell people if someone has done anything wrong. It’s also there to let adults understand that they should listen to children.