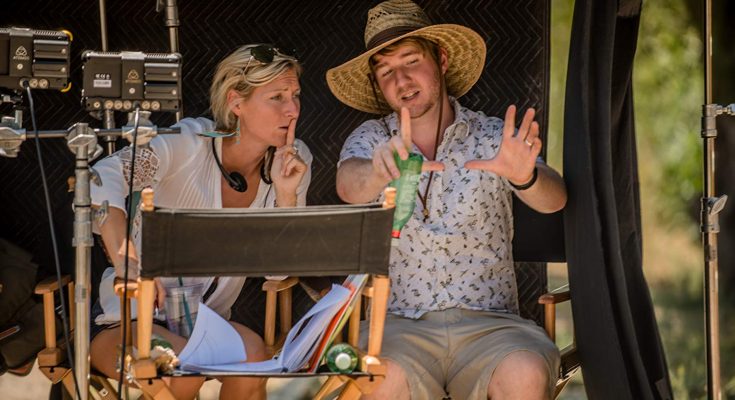 Bold female film director Elizabeth Blake Thomas shot 7 feature films in 2 years. According to the Center for the Study of Women in Television and Film, 100 grossing films of 2017, women represented: 8% of directors. Statistics regarding female producers, writers have also a very low percentage, not to mention women composers who count 3% in the same statistic conducted in 2017.  Elizabeth is one of the female directors said that she has wonderful support from many mentors and she is making sure that percentage changes. She is very positive, ambitious and bold film director who is making things happen and not letting statistics make her stop doing what she loves and is passionate about. In this interviews, she told about her inspirations, commitment to work and many more projects she is looking forward to making in the future.

How does it feel to be a successful female film director?

I find the word “success” an interesting word. What is success? To me that means I get to wake up and spend every minute of every day doing what I love, making films. I am truly blessed to tell stories and have people see them. The best thing is creating an on set family and effecting people through my stories. It’s the best feeling in the world.

My latest film is always my best one. But each film has taught me something and lead me onto the next one. Each film has an amazing element to it. Whether it’s the cast or the locations or the equipment, each film offers something unique.

Who inspired you the most in the film industry and why?

I used to watch all the musicals when I was a little girl. I wanted to be Audrey Hepburn or Julie Andrews. When my friends were watching Freddie Kruger for their birthday parties I was in the other room with their younger siblings watching Mary Poppins! Baz Luhrman was an inspiration when I watched Leonardo DiCaprio’s Romeo and Juliet. But I also want to tell stories. I used to have a theatre company and have directed theatre for over 15 years. Film was a natural progression once I had been on set with my daughter for ten years. She started aged 4 in a British TV show called The Green Balloon Club. I was still a theatre director but over the years the directors would ask for my help and support. It just made sense. I also love a challenge and like to learn. This just felt right and so why wouldn’t I give it a go.

A study in 2017 conducted by San Diego State University found that only 11% of the highest-grossing movies in the US last year were directed by female directors. What are your thoughts on this issue?

Hollywood is in a very interesting place at the moment. It is a time for diversity. Women are a hot topic all day everyday. It is difficult to get a studio film because it has been a male-dominated industry for a while. However independent films can be directed by anyone. I go out and make my own work. I have wonderful support from many mentors and I am making sure that percentage changes.

Did they ever treat you differently in the film industry because you are a female film director?

I haven’t experienced anything to my face. But who knows what goes on behind closed doors. I have only ever had huge support, however, I am relatively new. Two years and I’ve shot 7 features. It’s unheard of. I haven’t really given the industry the opportunity to treat me differently. I’m proving them wrong.

What would be your advice to female film directors who want to succeed in the film business?

To make your own projects. Work with other women and make it happen. Don’t wait around to be given opportunities. It is a constant struggle, journey, grind! I don’t stop, all day everyday I am knocking on doors, having meetings and making phone calls to get the next gig. But they are my projects which have led me to being hired. Don’t give up!

Which film projects are you directing in the near future? What are your plans?

I’m currently sitting on ten scripts written and ready to go. Funding is being put in place right now. But also I have been asked to direct three things that aren’t mine. “Morning Shine” featuring Katrina Bowden. “Fled” a Tom and Meg Keneally screenplay with

GlobalWatch films. And a comedy Web series. It’s a busy year. I have several films in festivals and being bought as well as in appearing on several panels. I will never stop making things happen!