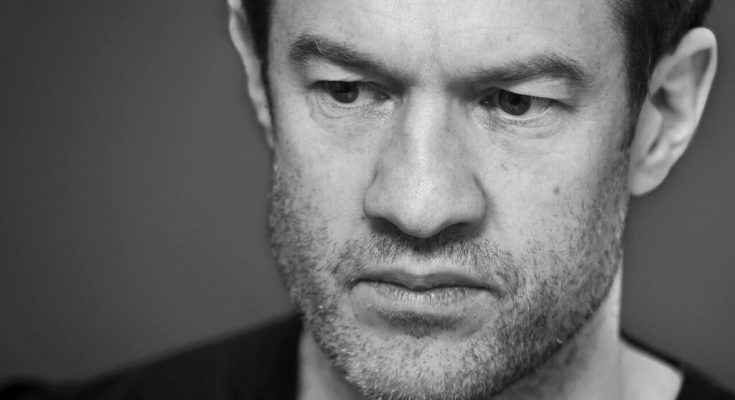 1174
1
Alex Dower has made a huge difference with teaching acting in prisons. The Governor of the prison he worked in Russia said that “Alex achieved more with their men in two weeks than their team of five psychiatrists have achieved in five years.” Alex explained to me that acting teaches you how to have the state of mind of the character – to have the characters thoughts and emotions on stage or in front of the camera.  He said that this means you develop the ability to choose what to think, to be free of your own habits or patterns of thinking, which is very helpful to prisoners, it makes them more confident, happier and gives them peace of mind. Dower told me much more about this interesting topic and how is changing peoples lives.

Who inspired you to teach acting in prisons?

I had a few inspirations: firstly, my dad loved his work. He wasn’t in theatre, but him loving his work was inspiring and made me think I should do what I wanted to do. I was into acting from when I was about 6, and we had really good, really interesting theatre companies visit my school when I was in my teens, doing shows and workshops. Their work made me think, expanded my horizons. And slowly I realised I wanted to be able to use acting and theatre to do the same for others. I studied a brilliant Brazilian theatre director called Augusto Boal and found a way to train with him, which was amazing. He was politically & artistically radical & innovative and wanted to push the boundaries of what theatre could do. There was a company (Geese Theatre Company) using his methods in prisons in the UK, so I wrote to them, auditioned for them and got the gig!  We were touring prisons in the UK & Ireland doing amazing improvised shows.  I often played the ‘joker’ character who was manic & provocative and had to manage the audience interaction – that was an intense experience!  We did shows in prison gyms, chapels, even cells.  We also ran workshops and residencies so I got to direct plays and films with IRA prisoners, prisoners with severe mental health issues, drug addicts and others.  The founder of that company was a British guy called John Bergman (himself manic & provocative!) who founded the company in America.  He’s still working in prisons in the USA, an incredible person.

Why do you think acting is important for some prisoners?

Ok, so the methodology I teach – and use in my acting & directing – is The Science of Acting.  It teaches you how to have the state of mind of the character – to have the characters thoughts and emotions on stage / in front of the camera.  That means you develop the ability to choose what to think, to be free of your own habits or patterns of thinking.  This is incredibly powerful for prisoners, most of whom have patterns of thinking that led them into their offending or at least threatens to keep them offending.  If you change the way you think, you change how you behave, the things you do.  This is why it so such a valuable tool for rehabilitation – when you learn clear points of reference for life, then it impacts everything – your relationships, communication, your choices, everything.
The other thing that has a big impact on them is that creating a play is something you do for the benefit of others: for the audience. So the prisoners experience doing something creative and positive, for the benefit of other people, and they are doing that as part of a team.  This is often a really groundbreaking experience for them and transforms their sense of themselves, other people, what might be possible in their life.
Actually, I think learning acting – how to use your mind in a free way – is valuable for anyone: really your life is in your mind, and if you can have a choice over how you think, you can change your life and how you experience your life.

“This trend for theatre in rehabilitation in Russian prisons started when British director Alex Dower worked in a prison in Perm, Urals” Russia Today

How does your teaching process work in the prisons?

I usually direct the prisoners in short story adaptations.  The written medium of a story is more familiar to them than a script, gives more vivid description of the world of the story, and gives more flexibility in casting – I can add characters for example.  Because the work I do is not presented as a ‘therapy’, but as an artistic, fun thing, they approach it in an open way which helps a lot too.
First I teach them how to act: they learn a little theory and do exercises in which they slowly experience success, and in which they learn how to use their imagination, how to be in a different context.  We also start ‘analysing’ the play – working out what each character is thinking etc.  Then, once I know them a little we cast the play and then we start rehearsing the scenes.  I like to use comedies or dramas, not crime or violence related material, as I want them to have a break from that world, to have fun, to learn that they can operate in any context and they are not limited.

What kind of effects does it have on prisoners who learn acting?

The Governor of the prison I worked in Russia said: “You have achieved more with our men in two weeks than our team of five psychiatrists have achieved in five years”.  He said they were more open, confident, independent and resilient.  I think there are a few reasons for this: firstly, they experience a huge sense of achievement – a shift in their self-esteem or ‘sense of self’. Also, I teach them techniques for overcoming nerves or fear and they put that into practice by performing in front of an audience.  This gives them confidence and independence (not worrying about what other people think about them).  They have to work as a team and respect others – this has a big impact.  Finally, they learn that they can choose their state of mind, be happy, have peace of mind, change the way they think – this is a very profound transformation.

Why Russia?  How did you end up working in a prison there?

I first went to Russia when I was 16, on a ‘cultural exchange’, back in Soviet times. We studied Russian history at school and then of course I studied with Sam Kogan, became a great admirer of Russian literature and the Russian spirit. I’ve played many Russian characters, in the West End, and for BBC Radio for example. Then through this work, I met the great Russian director Kirill Serebrennikov and he asked me to go and direct a play in a prison as part of a Theatre Festival he was running. Now I go there regularly, mainly working with disabled children and orphans.

In uniform – Russian Naval Admiral of the Fleet.

Do your future plans involve any improvements or upgrades on this theme of teaching acting in prisons?

Yes, I want to do bigger projects involving larger prison populations, and also work in other countries.  I’ve done some great projects with people with severe mental health issues, and want to explore the development of the Science of Acting as a regular mental health intervention.  I also want to do work with victims of crime, who are a very much under-served ‘group’.
I set up a company called Creating Freedom to deliver this work – www.creatingfreedom.co.uk – and and I just have started another company (Acting for Health – www.actingforbealth.org) with people from medical and science background to do this kind of work in global health. We are combining the methodologies of Augusto Boal (Theatre of the Oppressed) with the Science of Acting.  We’ve done some initial work in Uganda, Ethiopia & Tanzania and it’s looking very promising. Next, I will be training other people to do this, so we can expand the scope of the work, and so we can provide more follow-up work, mentoring and so on.

And what about your own acting career?

Well, I play a Russian character – a bad-guy – in the Jurassic World: Fallen Kingdom movie that just came out – obviously my experiences in Russia helped land that role – and I just got cast in another movie here in the UK, so I’m enjoying that side of my career too!

We heard you are also involved in a drama school?

Yes, I am co-director of a drama school in London where we teach the Science of Acting. I’m part of the team continuing the legacy of Sam Kogan who developed and taught us the Science of Acting. He studied in Moscow under the legendary woman who developed acting training: Maria Knebel, who herself trained with & was a colleague of Stanislavski. Sam came to the UK and was teaching ‘Stanislavski Technique’ and slowly developed the Science of Acting. It’s a brilliant school, producing some top actors & directors, and the methodology is having a big impact on the way people work in the UK in both theatre and film.  Eddie Marsan trained with Sam, as did Richard Brake, David Bark-Jones, Pooky Quesnel and many others.

“The most honest and expedient route to helping people become the best actors they can be.” David Bark-Jones (Guy Ritchie’s ‘RocknRolla‘/ ‘The 39 Steps’ – West End – lead)

Any young person who wants to learn acting, or any actor who wants to develop their craft, should check out the school: www.scienceofacting.com.
Previous PostThe upcoming actor Kevin Layne stars in ‘Jurassic World: Fallen Kingdom’. Next PostFans save Lucifer