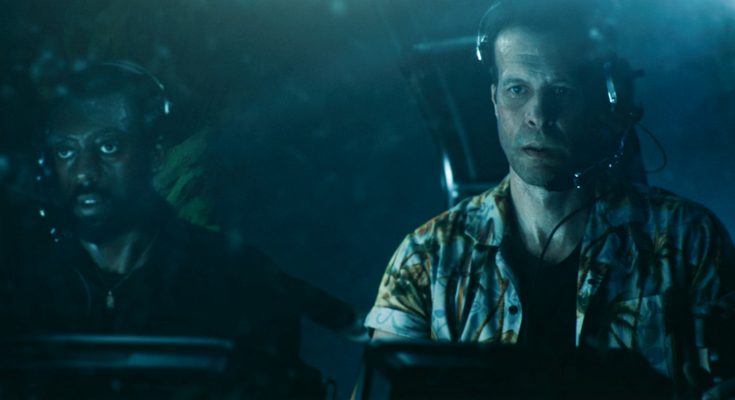 Kevin Layne is also known for his role as a pilot in the movie ‘Star Wars: The Last Jedi’. Kevin Layne is a Londoner who is making his way to the top. He has been cast in several Hollywood films and recently appeared the new hit TV series Patrick Melrose where he acts alongside Benedict Cumberbatch. Kevin has also appeared in several stage productions in London&#39;s West End. You can see him in the final official trailer for the new film ‘Jurassic World: Fallen Kingdom’, where he is unable to hide his emotions when he realises that a dinosaur is behind him. He told us about his experience during filming, his character in the film and much more.

Kevin, can you tell us a little bit about your role in the new movie ‘Jurassic World: Fallen Kingdom’?

I play the role of a submarine pilot. Essentially, I’ve been hired to locate and recover the DNA of the Indominus Rex, which is somewhere at the bottom of the sea. My purpose is to send a sample of the dinosaur bone remains to the surface, so it can be taken away for analysis and used for further development, I imagine. Generally, my character doesn’t know much about the reasons why the people that have hired him want the bone sample. He just has a task to do, so he is about completing his mission, having done this kind of work several times before.

Always a good day at work when you get to come here! #WarnerBros #KevinLayne #StarWars #TheLastJedi #Actor #Movies

What was the biggest challenge about taking on this role?

There weren’t really many challenges during the filming process actually. It was such an exhilarating experience being on the set and working with such a talented bunch of individuals. We filmed our scenes in the studio while in an amazing submarine contraption that was (purpose) built. It was being controlled by an operator who literally manipulated the movement of the machine during the scenes, which was hydraulically controlled. Having only worked with a blue screen once before, my only real concern, rather than challenge, was to bring a truth and authenticity to the character and what he is trying to achieve. The imagination has to be free, as you are creating the environment you are in. Taking on this role was like a childhood fantasy coming to pass, so the entire time I was having a lot of fun and allowing my imagination to run wild. It was a total pleasure to shoot.

Which actors did you work with in this production?

Getting (the opportunity) to work on this kind of movie in itself is an amazing experience, but I was lucky to get to work with a superb actor called John Schwab, who was the tech in the submarine. We had the most incredible time on set and I had an instant chemistry with John. When I arrived at the set, I took a few moments to get comfortable in my trailer and then I went to the trailer next door to introduce myself. I like to get stuck in straight away and get to know people from the off. John was totally charming, and I knew from that point we were going to have a good time
shooting this movie.

Did you have any interesting experiences behind the scenes?

In all honesty, the entire experience was interesting. Just being part of such a huge collaborative project like ‘Jurassic World: Fallen Kingdom’ is an honour and experience that cannot accurately be put into words. This is Steven Spielberg’s baby and this movie marks the 25th anniversary of the franchise, so to be chosento work on this movie is just incredible. We got a chance to rehearse with J. A. Bayona (director) before we got to shoot, which was great as we all had a chance to get familiar with one another. While being escorted around the set, there was a moment where we walked past a massive trailer/container that looked like it was housing something rather huge. The doors were slightly ajar so of course, I decided to peek inside. To my amazement, I saw an enormous animatronic T-Rex, which was being worked on by some of the amazing artists of this film. They were applying what looked like the finishing touches to the skin of the dinosaur. They allowed us to briefly come in the trailer and look at what they were doing. This movie does have special effects, but it also has an element of real animatronic wizardry that the audience can enjoy.

Who would you recommend see this movie?

Oh, that&#39;s easy…everyone! (laughs). No, seriously, everyone should see this movie! It has an emotional core and an exciting new twist to the franchise. There are some classic tense scenes in the movie and it has an all-around energy and production value that can be appreciated by all who watch it. The performances all round are very strong and there are some great comic moments to balance the movie. All in all, I would recommend both young and old, fans of the franchise, or just the everyday cinema goer to watch this movie. You won’t be disappointed. Oh, and I’m in it too.

Previous PostFilm & Comic Con in London is in two weeks – who’ll be there? Next PostInterview with Acting Teacher and Actor Alex Dower