Home Celebs End of the road for Mike Ross – Patrick J. Adams not returning to Suits 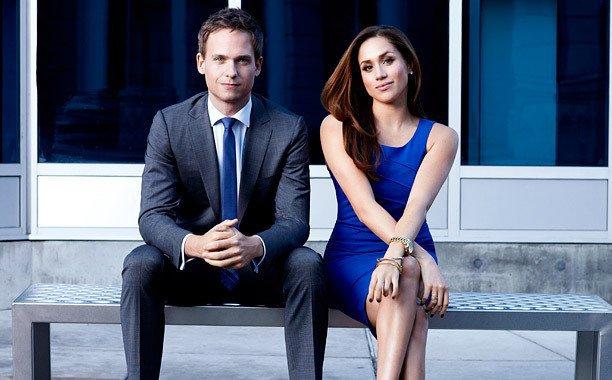 End of the road for Mike Ross – Patrick J. Adams not returning to Suits

By Hollywood Stage MagazineComments Off on End of the road for Mike Ross – Patrick J. Adams not returning to Suits

While we all came to terms with Meghan Markle leaving Suits for a real life Prince, we received another sad news that Patrick J. Adams decided to quit the show as well.

Suits’ season 8 has just been officially renewed, but it will return without Patrick and Meghan.

Patrick J. Adams revealed he was thinking of leaving the show for a while now, he told Hollywood reporter he started thinking about leaving at the end of the first half of season six, after Mike was released from prison.

“From a story point of view, I was a little unsure of what was left for him to do,” he told.

He issued an official statement:

“It’s hard for me to imagine what words, in what order would sufficiently express my love and gratitude to all of the people who have made the last seven years possible. From my unbelievably talented cast mates to our relentlessly committed crew, to the brilliant minds at USA, UCP and Hypnotic, to the legions of fans all over the world, every one of them dedicating so much of their time, energy and talent to make Suits what it is today – one of the most beloved and successful shows on television. So I will choose the simplest words I have. Thank you. From the bottom of my heart, thank you. It has been an honor working with and for each and everyone one of you.

Mike Ross has taught me a lot about commitment, hard work and the power of believing in yourself and I feel blessed that now we both get to walk out into the lives that we never dreamed we would actually be lucky enough to live. I’m excited to now step across the screen and become solely a fan of a show that I know has much more in store in the years to come. I wish everyone involved the best and am excited to see what kind of trouble they’ll get themselves in and out of from here on out.”

Patrick says shooting the final few episodes was a blast, as both he and Megan knew they wouldn’t be coming back.  “It made every one of our scenes that much more special.”

It seems the timing was perfect for their departure, as how he was feeling about leaving and the upcoming life change for Meghan (her royal wedding with Prince Harry coming up) created an opportunity to end Mike and Rachel’s story without breaking them apart.

So hopefully we will see the grand wedding of Mike and Rachel in the season seven finale and the happy ending they deserve.

We just wonder what will Harvey do without Mike, as the duo was the core of the show.

After 7 years on the show Patrick says he decided to take a break from working behind the camera, so after second half of Season 7 runs out, we might not see him on screens for a while.

We certainly wish him all the best and are positive he will succeed in anything he takes upon.

He is Mike Ross after all!