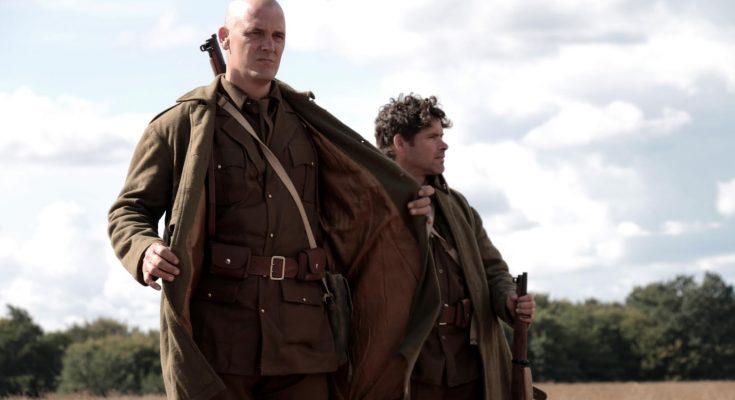 By Hollywood Stage MagazineComments Off on Interview with actor Darren Tassell

London actor Darren Tassell, will be seen in worldwide cinemas in 2018 as Marcus Campbell in ’Sajjan Singh Rangroot’, a movie that is tipped to be the biggest Bollywood movie of 2018. Darren has been dubbed a ‘Rising Star’ in Asia after his impressive performances,  so we caught up with Darren ahead of him jetting off to a film set in India and had a chat with him about his acting success and upcoming projects

Darren, can you tell us about your acting beginnings?

Well, I started in secondary school when I took my first drama class. All of a sudden, I had an outlet for my loud, outgoing, kind of class joker personality. I was hooked. The local theatre group (The London Bubble) came and did a one week workshop at the school with some selected kids interested in drama, which my drama teacher suggested me for. It resulted in us doing an end of week performance. After that, I joined the London Bubble doing evening drama classes and loved every minute. Since then, I’ve always wanted to act and knew I had something to offer, I just never had the chance to show it until now, so I grabbed the opportunity with both hands.

Where do you think is the best place to be an actor and why? We can see you are a rising star in Asia!

I guess ultimately, every actor wants to break Hollywood, I’d love to work on some big projects and show that I bring something a bit different and make my own mark. But right now, I’m really enjoying working on the Bollywood stuff, the industry is just growing and growing and these are exciting times to be in this industry. These guys are wonderful, humble people, They seem to really love my work and it’s very flattering, especially to be called a rising star!. But I have a wonderful woman who keeps my feet on the ground and encourages me to just go and do what I love doing and not be sidetracked or swept up in the praise, but to just play each character as best I can and hope it is always received so well.

So far, each of them for different reasons. The Actimel commercial was special, because it was my first lead role in something big and I beat 1200 applicants to the role through a series of auditions, so that was just amazing and such a big confidence boost. Cannon, the comedy where I play a gay gangster was a brilliant experience and I love comedy, especially playing those diverse roles that are far removed from myself and my own character. Rangroot, well, what can I say? Every boy’s dream! The ultimate playing war.

The time I’ve spent on Rangroot was probably the best month of my working life. Every day on set with legends Diljit Dosanjh & Yograj Singh, also amazing actors Dheeraj Kumar and Jagjeet Sandhu. If you watch and listen, you can learn things that money can’t buy and classrooms can’t teach. I’m excited to do it all  again in India!! Getting to run across fields shooting guns, bombs going off all around you. This would be my ideal movie to work on, apart from maybe westerns… always dreamed of being a gunslinger in the wild west!

Messing around on set with the stunt team..

I’m such a big character in life, as I mentioned, it gave me an outlet for my rather loud, “clowny” and idiotic personality. But once my life started taking me in a different direction, and I started having kids, well, the voices got sillier, the clown got clownier and I had an instant audience. I’m the silliest, most embarrassing dad going. I’m always doing a voice, playing a character, clowning around.. I never really stopped acting at all, I got 5 kids and 20 more years acting experience before I decided to do it professionally. Now it serves me well, I never feel silly or embarrassed, no matter what I’m wearing or what crazy character I’m playing, I come to life in front of a camera. But it gives me a wide versatility from hitman to clown, from soldier to psycho. I’d actually shine as one of those wacky villains in the kid’s movies, or even a crazy alien on star trek hahaha.

I do, early next year I’m working on a movie with Eddie Webber as a producer and an actor. Eddie’s written a fantastic little script far removed from the normal UK gangster films, it follows a father whose daughter is kidnapped by a protected pedophile and what demons of his own he has to face to get her back. It’s going to have a great little cast, so I’m looking forward to that. After that, I’ll be looking for roles that suit me, I’d say I’m a cockney combination of Bruce Willis, Jerry Lewis, Chris Tucker and Gary Oldman. Don’t get me wrong, I’m not on their scale by any stretch of the imagination, but I’m a little bit of each of them so I know there are roles out there that require those individual kinds of characters, or better still, all of them rolled into one – Hahaha. But with a lot of hard work and honest performances, maybe I’ll reach their heights one day! Why not, right?

Previous PostOnce Upon a Time – All that was revealed in the mid-season finale Next PostInterview with Urszula Makowska, fashion blogger, influencer, stylist and more