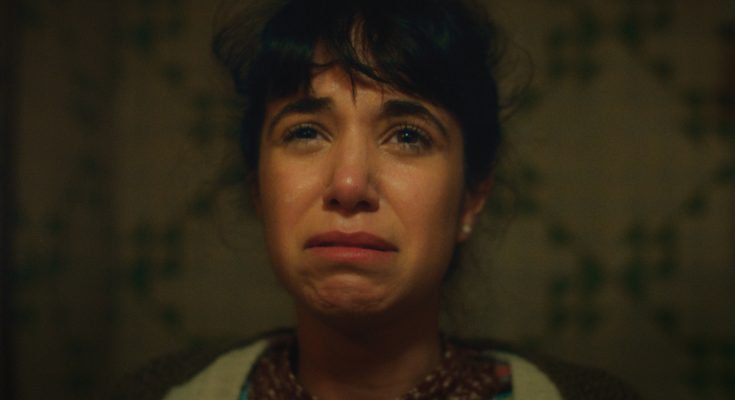 New short film ‘I AM’ follows Gabi, a young woman living with schizophreniawho moves in with her boyfriend Mike, who she’s madly in love with. Yet she soon realises it will be impossible to hide her mental condition from him and, scared of losing him forever, she starts to unravel.

As we follow Gabi and Mike navigate the challenges life throws at their relationship, this is not only a story about mental illness, but also about how difficult it can be to let someone in and allow yourself to be true to who you are.

Although we’ve seen a much larger conversation about mental health in recent years, schizophrenia is very rarely featured in movies, except for in stereotypical and misrepresentative ways.

With ‘I AM’, Oriane Pick, producer and lead actress, aims to change this and challenge the audience’s perception of such a misunderstood mental illness. The film looks at schizophrenia through a human perspective and encourages audiences to rethink psychosis and what it means to live with schizophrenia on a daily basis. Pick collaborated with mental health activist Michelle Hammer and TED Talk speaker Cecilia McGough as well as non-profit organisation Students With Psychosis to ensure the script would be a true and realistic representation of schizophrenia.Tallulah Films (‘Little Miss Sumo’) is co-producing, with Karina Michel Feld as one of the executive producers, working in association with Candid Broads Productions.

‘I AM’ is the second project from Candid Broads Productions, following the critically acclaimed web series ‘Call It a Day’.

She wants to start a conversation and spark change, and for viewers to be proud of who they are.

In 2020, Pick decided to create her own production company, Candid Broads Productions, in order to bring fresh and original female-led stories with bold characters to the screen. Pick’s goal is to ensure full diversity behind and in front of the camera, by collaborating with an inspiring female, diverse and BAME cast and crew on every project she takes on as a producer. The company’s mission is to bring together emerging talents from screenwriting and directing, to produce award-winning TV and film projects and make a real difference in independent filmmaking.

Only through strong collaboration can a film have a greater impact and connect with its audience, which is how Candid Broads works – while challenging a male-dominated industry and gender roles by empowering women to be their own boss and tell their own stories.

The trailer of ‘I AM’ will be released in early January and the film will hit the festival circuit shortly after. The production company is also holding private screenings, with the hope of raising money for charity and finally breaking the many stigmas still surrounding schizophrenia.

Director of ‘I AM’, Ludovica Musumeci, says:

“It’s our responsibility as filmmakers to change this. And this is why we made ‘I AM’.”

Candid Broads Productions has a busy year ahead of it, with several projects already on its slate, including a six-part TV drama series written by screenwriter Hannah Westall, who won the 2020 Sir Peter Ustinov Television Scriptwriting Award at the International Emmys.