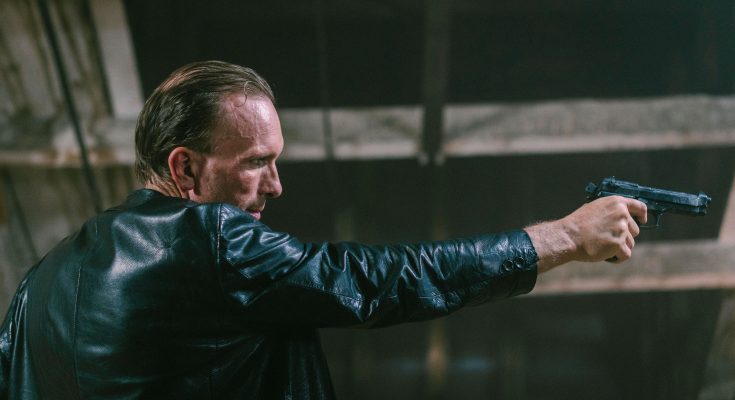 New independent action-comedy film ‘The Mick and The Trick’ stars Peter Greene, a Hollywood actor known for his villainous roles in ‘Pulp Fiction’ (as the infamous Zed) and ‘The Mask’.

The movie was filmed during the coronavirus pandemic, which meant the cast and crew were tested every two days and had to get used to social distancing and mask-wearing on set. Despite this, the cast members developed great chemistry with each other.

The movie, set in mid-1990s New York, is about an Irish hitman called Patrick (Greene) who works for a Cuban crime boss and the IRA. Even though Patrick wants out, his bosses aren’t willing to let that happen – the hitman knows too much. But with the help of Sugar, an animated, funny and clever LGBTQ streetwalker played by Latinx actor Jazz Vilá, the hitman’s chances of getting out just got better.

The film is about two individuals from two different worlds, who develop a bond and discover they have more in common than they’d first thought. Patrick and Sugar’s friendship grows in a natural, relatable way. The film’s producers have described the actors’ connection as “pure magic” and say that the characters “develop not just a friendship but an understanding of one another”. The pair’s scenes range from intense action to laugh-out-loud comedy.

‘The Mick and The Trick’ was written and executive-produced by two first-time Latino filmmakers, Robert J Morgalo and Ozz Gomez. Morgalo and Gomez first met during the filming of ‘The Killer Closer’, which they both acted in. Morgalo started writing the script for ‘The Mick and The Trick’ and asked Gomez to collaborate with him. At first Gomez wasn’t sure, as neither of them had written a script before, but he eventually changed his mind and the two came up with a fantastic script. Morgalo said:

The team was happy to have the very talented Tom DeNucci as their director; the producers said that his vision, along with the highly professional cast, made this independent film look like a Hollywood blockbuster.

As Jazz Vilá’s character is LGBTQ, the writers were keen to handle his scenes with sensitivity. Vilá said that when he read the script, he “fell in love with Sugar”. It was important to the writers to represent diversity in sexuality, gender and race.

Morgalo emphasises the importance of the film’s humanity and how he wanted the audience to relate to the main characters, even though they are in situations many of us may not have experienced. He said: “No one’s perfect, people make mistakes, and here are two characters who are stuck in their own realities, with a hope for something more.”

The film is now nearly finished and the team hope to have a trailer by the end of this year. The film is scheduled to be released in autumn 2021, depending on COVID restrictions.