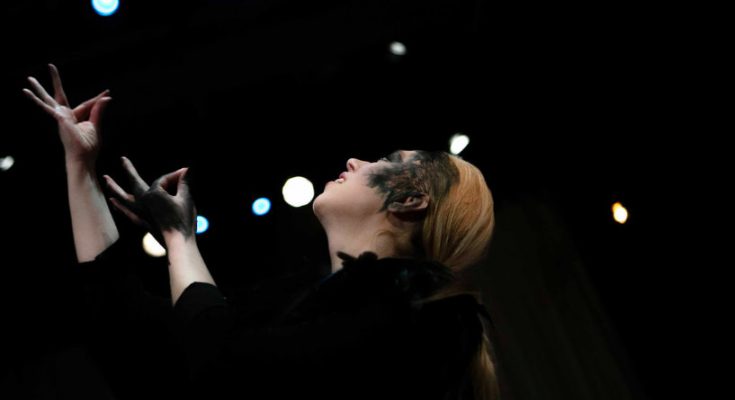 Tara Bruno is a multi-disciplinary international theatre artist working between the US and the UK. Most recently, Tara has focused her talent on the development and evolution of a highly topical, original play, ‘Cycle-Logical’. Attracting a cosmopolitan audience of industry peers, theatre enthusiasts and creatives, this emotive and emotionally-challenging production has been carefully selected to form part of the prestigious ‘Outside Eyes’ bi-annual event at Glasgow’s Tron Theatre, tomorrow evening, Tuesday 22nd October.

Directed and conceived by Rebecca Haley Clark, the highly topical performance reveals the harsh truth behind some of the trauma and emotional damage which ‘ghosting’ can cause. Rising in prominence, as online dating websites and apps have now become the ‘go-to’ place for singles and romantics, the practice of ‘ghosting’ is most commonly used to describe the practice of ‘simply disappearing’ from an online relationship without explanation. This often leads to tremendous hurt and heartbreak, affecting a growing number of people across the UK and internationally.

With such a highly topical and current theme, the play gave Tara a thrilling and challenging new opportunity to really extend her writing talents, as she explained: “It’s ignited a fire inside of me and I am eager to write and devise more.”

Already a highly regarded and rapidly influential writer and theatre artist, Tara Bruno studied at the Royal Conservatoire of Scotland; a place she chose because of its enviable reputation and the fact that it would provide the ideal opportunity for her to create her own style of original and creative work. It was during a break from her studies last June that Tara joined-up with a rich ensemble of actors to devise ‘Cycle-Logical’, focusing not just on the pain a victim of ghosting can feel, but vitally showing the prospects for recovery and future hope for all those whose lives have been so deeply affected by it.

‘Our director, Rebecca Haley Clark, came up with the original concept, and then we all contributed as writers’, Tara explained:

‘I thoroughly loved working on this piece, from the challenge of examining improvisation in rehearsals to including our own personal stories as part of the evolutionary process. Obviously it’s a horrendous emotional event for many and therefore vitally important that we are able to bring this to the table in a mature and positive way. The subject of ghosting is sadly growing at a massive scale. Nowadays, it’s so common to have ghosted someone or to have been ghosted, especially with all of the dating apps available on our phones and tablets. We’ve investigated why people ghost each other and what happens after they do. We shared personal stories and looked at ghosting from different perspectives, both from the side of the ghoster as well as the ghosted”.

One of the many gifts of working on the developmental process was that Tara started to find her own unique voice as a writer. She explained further:

‘Having worked both in the US and the UK in the past, I am still so flattered and impressed by the reception my work receives not just in Scotland but also for audiences right across the UK. They are so welcoming when it comes to new innovative writing and development. It’s not just rewarding but also incredibly exciting to see the amazing feedback and reactions. I’ve learned a lot from living here; regularly visiting the theatre and also producing my own work. It’s really inspiring. There’s a thriving community of storytellers in the UK, and it’s unlike anywhere else I’ve been. It’s so rewarding to create a story with an ensemble of actors from all over the world,  including India, Australia, Malta, Luxembourg, Mexico, Denmark, the U.S. and the UK.”

“When was the last time that you knew it was actually going to be the last time: that the person you thought would be around forever was going to ghost you? What if you could find closure from the lost relationship at a launderette? Come through the process at Cycle-Logical, a place where those affected by ghosting can wash their clothes and find themselves anew.” Rebecca Haley Clark, Director of ‘Cycle-Logical’

Tara continues: “After devising and performing the piece originally back in June, we were invited to showcase the play again as part of Scotland’s Tron Theatre’s Outside Eyes Festival. This is a true honour and I am really humbled and flattered to have been selected against such formidable competition.” 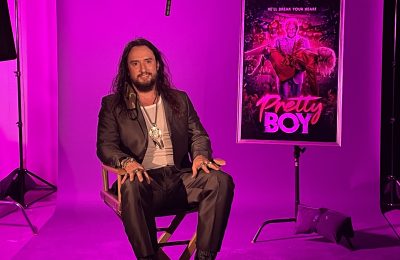 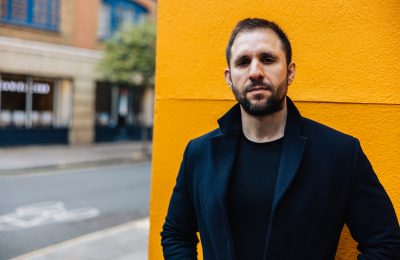 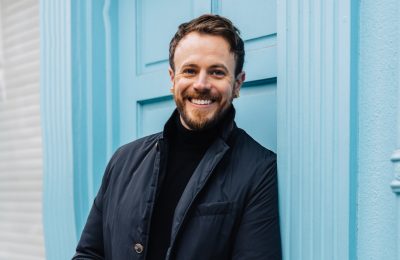