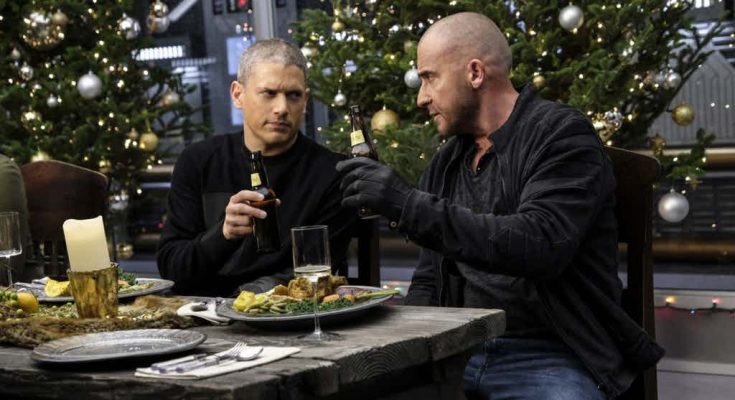 7 reasons why Legends of Tomorrow is a mini Prison Break

Prison Break fans will be eternally grateful to Flash and DC Legends of Tomorrow shows for reuniting Dominic Purcell (Mick Rory) and Wentworth Miller (Leonard Snart) – because apparently, while on the set, they plotted to bring back Prison Break and they succeeded.

However, if you look closely, you realize that in a way, Legends of Tomorrow includes a mini Prison Break storyline, when it comes to the two rouge characters, and here is why:

We all know Scofield and Burrows are brothers, although not sharing the same surname. Well actually, season 4’s twist tells us that they actually aren’t, but that doesn’t change their feelings for each other. They might not share the blood, but they are brothers.

It’s quite similar with Snart and Rory, as in one of the episodes, Snart opens up to Sara about how he met Mick, who looked after him like a little brother ever since. Through the series you can see their chemistry and they really seem more like brothers than friends.

Similar to Prison Break, where Michael is actually a genius (explains how he could pull off the prison break(s)), and Lincoln was always the tough guy, not caring for school much.  He also gets into trouble all the time, leaving for Michael to save him.

Rory is a bit overstretch here, he sometimes seem plain dumb, but he’s a character that still grows on you. Even though he was the one who was supposed to take care of younger Snart, when they grow up, it’s actually Snart who looks out for Mick when they grow up.

Prison Break begins with Michael getting himself into prison for his brother – with an ultimate plan to break him out. They end up doing time together, until they manage to escape, of course.

Rory and Snart actually met in juvie, when Snart was a 14 year old boy, tiny too, and would get beaten up and probably killed, if Mick hadn’t stood up for him.

It kind of felt like we’ve seen all this before…

Quite plainly, Snart admits in a Legends of Tomorrow scene.

“Yes, Michael, we know.” He actually broken out of 3 prisons, 4, if counting the one he broke Sara out.

Snart had his share as well, being in and out of prison since the age of 14.

Perhaps Legends were just preparing us for the upcoming season 5 of Prison Break? Making us remember, starting to miss it and root for its return?

Both Michael’s and Snart’s love interests were named Sara.

While Michael and Sara had enough time for their story to evolve, Snart only had a a few days at most, and one kiss.

Sacrificing themselves for their loved ones!

In Prison Break, Michael (assumingly) gets electrocuted, trying to create a powers surge to open the door for Sara to escape prison. Just before she leaves, she kisses him, while he holds the two wires together. When she opens the door, he disappears in sparks…

In Legends of Tomorrow, he dies blowing up the Octulus, which cannot be destroyed without someone being present. At first Mick wants to do it, but Snart won’t have it. Same as with Michael, just before it happens, Sara kisses him in almost exactly the same pose as in Prison Break.  Because Snart won’t have no strings on him, he makes sure the thing blows up, even if it means the ultimate sacrifice.

Snart died in the explosion and he really is dead, but we saw him in many later episodes of both Flash and Legends – with a storyline involving time travel it really isn’t that hard to bring him back every once in a while. Currently, a different version of Snart from a different universe is back, but it still counts.

With Scofield, we realised in this year’s return of Prison Break, that he wasn’t actually dead, but only had to fake his death – for the same reason though, to save his family. So he really is alive, and hopefully, back for more seasons to come!

Although the shows are completely different, Snart being more of a comedian and Scofield has absolute drama following him, the characters do have similarities and one thing is for sure – we love Wentworth so much we want to bring him back from the death! 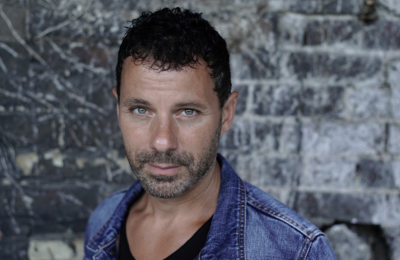 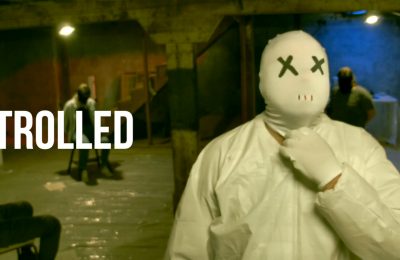