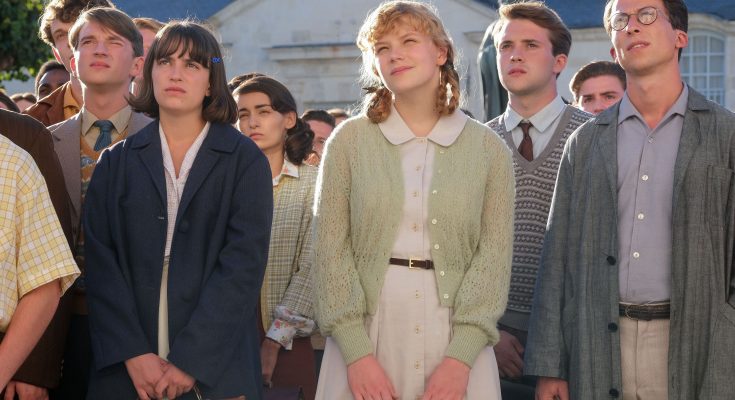 ‘Mixte’ (‘Voltaire High’) is a new comedy drama series set in a French high school in 1963. The previously all-male school allows girls in for the first time, but the teachers and students aren’t prepared for this radical change. The creator and showrunner, Marie Roussin (‘Lupin’, ‘Borgias’), meticulously researched the period and the result is a funny, mischievous exploration of sexuality, self-acceptance and the emerging emancipation of women.

‘Mixte’ includes stars such as Pierre Deladonchamps, the award-winning film actor from ‘Stranger by the Lake’; Nina Meurisse (‘Camille’); Maud Wyler (‘Blue Is the Warmest Color’); Amira Casar (‘Call Me By Your Name’); and many talented up-and-coming actors including Léonie Souchaud ‘How I Became A Superhero‘), Lula Cotton-Frapier (‘Skam’), Anouk Villemin, Nathan Parent, Baptiste Masseline, Gaspard Meier-Chaurand and Vassili Schneider.

‘Mixte’ looks at the run-up to the student revolts that shook all of Europe in 1968, and dives into the generational clash that started brewing in the early 1960s.

Executive producer Eleonore Dailly said: “‘Mixte’ felt like a great opportunity to revisit a pivotal time period of modern French history from a contemporary point of view – hence the modern music choices – and having a lot of fun doing it, by being sometimes irreverent with the era.”

Executive producer Edouard De Lachomette added: “The show explores the emergence of teen culture and identity, defined in conflict with the established order of their parents, through music and sexual freedom.”

“It was exciting to us to revisit this pivotal moment in French history as a dramedy with a razorsharp female point of view,” Eleonore Dailly said. “These educated girls were the trailblazers that helped empower their peers. It shocked me when I found out that French women were forbidden to have their own bank accounts until 1965. It’s crucial for us as producers to enable stories of hope and change in our rather tormented times.”

The eight-part show is produced by Autopilot, which was established in Los Angeles and Paris in 2015 and now produces feature films and TV series with international appeal, in English and French. Its founders are Eleonore Dailly and Edouard de Lachomette, who felt ‘Mixte’ would fit perfectly with Autopilot’s focus on authentic local-language stories that can be shared and experienced by audiences globally.

Autopilot has previously produced ‘I Am Not An Easy Man’, Netflix’s first French-language hit, starring Vincent Elbaz and stand-up comedian Blanche Gardin (‘I Talk To Myself’, ‘Bonne Nuit Blanche’). Eleonore Dailly and Edouard de Lachomette are also currently in post-production on a new Netflix Original feature, and is filming Lisa Azuelos’ ‘I Love America’, a French comedy starring Sophie Marceau. Marceau, one of France’s most accomplished actors (‘Braveheart’, ‘The World Is Not Enough’), will next be seen in François Ozon’s ‘Everything Went Fine’, which premiered at the Cannes Film Festival.

After a special screening event organised by Series Mania, ‘Mixte’ premiered to rave reviews in France and was released worldwide on Amazon Prime Video on 10 September. 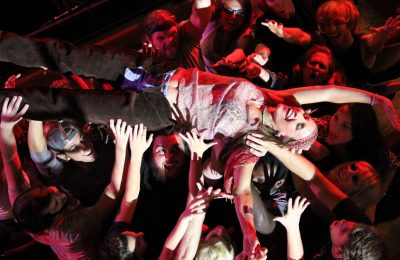