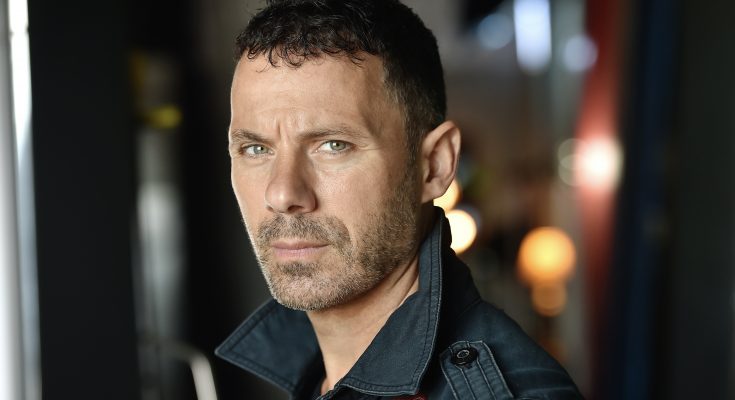 As a fight coach and a former co-founder of Chelsea’s luxury KX Gym, Cengiz Dervis has worked with a host of Hollywood names, but now he’s on the other side of the camera. Professionally trained in martial arts, Cengiz prepared stars including Matthew Macfadyen and Rosamund Pike for their movie action scenes. Then he segued into acting, appearing as Roland, the villain in A+E Networks and the History Channel’s series ‘Knightfall’. His other credits include CBS’s ‘S.W.A.T.’ and film projects ‘Retribution’ and ‘Chasing Shadows’. He told us more about training at the legendary Cobra Gym, coaching Nick Clegg and his directorial debut.

How did you get started in martial arts?

I started training in martial arts at the age of five under the guidance of my uncle, Professor Grand Master Shen, using a system he created called Shen Chi Do, which is a mixture of Korean arts – Taekwondo, Hapkido and Kuk Sool Won. The system is very fluid and covers both unarmed and armed combat (swords, staff, etc). When I was 13 I also started boxing, and over the years I have done firearms and numerous ancient, Eastern and modern weapons training.

Tell us about the famous names you’ve worked with as a martial arts professional.

As a student and a fighter I’ve worked with an extensive list of professionals, but the most influential was my uncle, Professor Grand Master Shen. I competed extensively in karate and martial arts competitions from the age of nine. At around 17 I turned my focus to full-contact kickboxing, where I tuned pro and trained for many years with the outstanding former world champion Tim Izli and fought out of the legendary Cobra Gym; I was also supported by boxing coach Scott Poulton, Gary Innes and naturopath nutritionist Max Tomlinson.

As a coach and fight trainer, I’ve worked with individuals from many walks of life including teachers, nurses and bankers, as well as fashion designers like Daniella Helayel, the founder of Issa, through to high-profile politicians. I coached Nick Clegg just before and during his five-year term as the UK’s deputy prime minister. Behind the camera I’ve choreographed action for a number of film and stage productions and prepared actors for their physical roles, including Matthew Macfadyen, Rowan Atkinson, Natalie Imbruglia, Rosamund Pike, Dannii Minogue and Seal, to name just a few…

Why did you choose to work in the film industry?

For as long as I could remember I wanted to perform – I’m actually a shy person, but when I’m performing I feel free. I started training to be an actor back in 2006 and I haven’t looked back. I transitioned from being a professional kickboxer and personal trainer to an actor, writer, producer and recently director. As a performer I’ve written, released and performed original content including award-winning festival short films and original music, with my songs on iTunes, Spotify and Amazon under the names Cengiz, Cengiz Dervis and Strode Road. I’ve also published a few books, including a 280-page graphic novel called ‘The Drake Files’ and two children’s books in the ‘Jengito’ series.

I’m very proud of all of my work and as I look back I can see the growth into a solid professional. I now feel ready for any challenge as an actor and I’m very comfortable working at the very highest levels. In TV my role as the villain Roland in the series ‘Knightfall’ was a huge step forwards for my career and an absolute pleasure to be a part of. An independent film called ‘Retribution’, where I play a hitman named Mr Gallo, was my chance to fully create a character who is pretty terrifying, but it allowed me to exercise my craft. The performance has led to a feature script titled ‘Gallo’ being developed.

Tell us about your upcoming project.

I’m just finishing post-production on my debut feature ‘When The Mist Clears’ as a director, writer and producer. The film was shot during the pandemic in Italy and it’s looking and sounding absolutely beautiful. The next step is to have a short festival run before its global release.