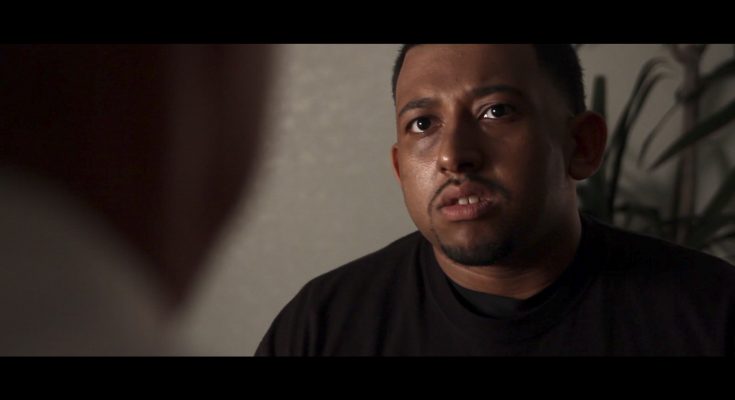 By Hollywood Stage MagazineComments Off on Interview with actor and film director Aaron M. Abelto

Aaron M. Abelto is finding success in the entertainment industry through various film, TV and documentary projects. From being an extra in the movie “Step Up Revolution”, he’s now making and starring in his own films. Inspired by directors such as Steven Spielberg and Robert Rodriguez, Aaron has been involved in a number of films, including “I Before Thee”. In this project, he not only directed, but also wrote the script and starred in it too. Aaron then directed the TV docu-series “Watch the Thrown” and is now in post-production on another documentary called “The Power of Movement”. Abelto told us more about his path to success, as well as his upcoming projects.

Aaron, can you please tell us more about how your filmmaking career began?

I have always wanted to be an actor since I was young. I started my journey in the film industry in 2012 when I was a featured extra in the movie “Step Up Revolution”. As an extra, I never really got on-camera time. I was always put in the back of the scene. So, because of the struggle, it made me want more. I said to myself that when I go on set, I would use this time to learn instead of networking – which is what most people would do. I was very attentive to the crew and the different aspects of the production. I learned what was needed behind the camera – and in front. I would sneak off behind the camera where the crew was and pay attention to what the director was doing. I did that so many times that I became friends with a lot of the crew members. Sometimes, I would even be mistaken for a crew member which, in turn, gave me insight on the film industry from the perspective of the director and crew. I picked up all kinds of tricks and tips, and I still use a lot of them in my filming and editing today. Those invaluable experiences molded me into a proficient creator.

“Having a team of intelligent crew and team members on your side is so imperative!“

Who would you say inspired you the most, and why, on your path to becoming a successful film director?

My inspiration comes from Steven Spielberg and Robert Rodriguez. Steven Spielberg inspired me because of his drive to bring any film envisioned in his mind on to the big screen. The belief that you can make any type of film is what drives my imagination and creativity. I also loved the fact that he could do any film he wanted to do – regardless of the genre of the film. Robert Rodriguez taught me the importance of being versatile. The path that Rodriguez took in his book “Rebel without a Crew” is somewhat similar to mine. I purposely learned every job on set, because I knew that one day it would come in handy if it were needed. And I believe that’s what sets me apart from other directors in this industry.

What are your best projects to date, and where can we see them?

“I Before Thee” is our first full-length feature movie that is being distributed on multiple platforms. What made this a great project was the fact that we were able to make a studio-like film using the simple essentials that we had access to. We barely had a budget, so we were forced to ask our friends and contacts for help in obtaining set material, costumes, permission to shoot at different locations and so much more. My favourite memory is the behind-the-scenes shoot and when we finally wrapped. There is no better feeling than to know a film has been completed! “I Before Thee” premiered at South FL’s renowned Sawgrass Mills Mall Regal Cinemas and had prominent guests, such as Jo Marie Payton from Family Matters and London Brown, who plays Reggie from HBO’s Ballers. Our feature film is now available on many platforms, including Amazon Prime, Walmart, Best Buy, Google, Barnes & Noble and numerous others.

What advice would you give to someone who wants to become a filmmaker?

I would say believe in yourself and call it a day, but every ambitious individual needs more direction than that. So, let’s dive into some of the dirty details that are not always talked about. There are unimaginable benefits and satisfying moments in this industry, emotionally and career-wise, but to achieve that reward a large amount of the process is a resilient work ethic. High speed tech advancement creates constant frustrations for filmmakers. Knowing how and when to change plans, adjust, when to promote, and when to walk away are just a few conversations that we have on a daily basis. This is not a simple industry. It is not for the faint of heart. It takes grit, blood, sweat and tears.

“You will need a rock-solid belief in yourself if you want to make it.“

Anyone can, but not everyone is going to be willing. Lots of late nights are spent building up your team with encouragement when they are completely exhausted after a shoot. Although there are great experiences with a majority of my clients, there are times where I regularly have to deal with difficult ones. And remember – keep an extra pack of batteries in your bag; it might not save your life, but it will definitely save your goals for the day!

Do you have any upcoming projects?

Yes! Along with a TV series and many other things that are happening, we are currently working on “The Power of Movement”, a documentary centered around Dr. Niraj Mehta (interviewed recently by CNN). Dr. Niraj is a radiation oncologist and a choreographer that brings us on his journey, as he embarks on healing cancer through movement. This full-length feature encompasses the Bollywood musical background and the teachings of east Indian culture with western fusion in order to bring awareness to cancer. The documentary was recently accepted into the 2019 Miami Web Fest and was nominated for an award. I’m excited to see its worldwide release this coming fall.