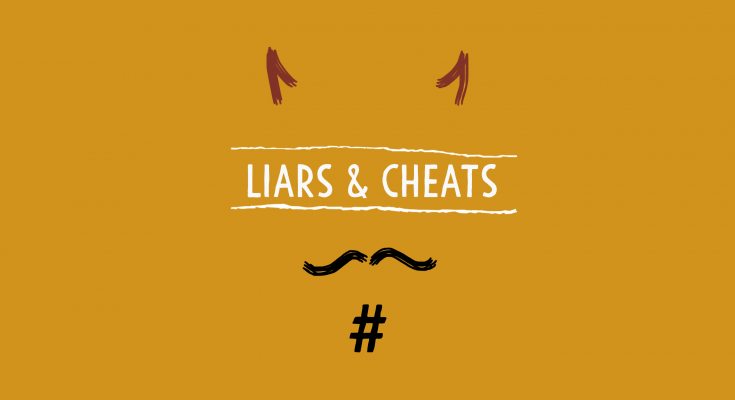 Liars & Cheats: Taking Down Old Hollywood In The #Metoo Era

By Hollywood Stage MagazineComments Off on Liars & Cheats: Taking Down Old Hollywood In The #Metoo Era

As 2018 began, and scandal after scandal uncovered Hollywood’s dirtiest secrets, a first time filmmaker was gathering his team for one of the first films of the #metoo era. “Liars & Cheats”, a satire about the film business and the colossal power of social media, was written in direct response to the burgeoning movement, developing and growing alongside the mighty culture shift. At times, the film itself feels ripped from the headlines, hiding familiar easter eggs among a manic 90 minutes.

Now, at the other end of a rebellious year, the controversy from January has grown into a full-fledged social uprising and proves that the film’s writer/director was right to trust his instinct, as “Liars & Cheats” looks to be one of the most relevant films of next year. The plot’s significance speaks for itself, chronicling an action star who must face swift backlash after his phone is hacked, while his team of ruthless managers and publicists stop at nothing to salvage what’s left of his career.

Search 'Liars & Cheats' on Indiegogo to see our trailer, photos, and how finishing funds can help complete this satire.

Jacob Migicovsky, a Canadian director living in London, will be the first to admit, it would be easy to take such dramatic events and portray a morbid look at what people are capable of, so instead, a satire would be his approach:

“Why not make fun of these despicable people, show the utter absurdity of how they live their lives, how downright wrong it is…expose them wholeheartedly and take back the power.”

Perhaps even more absurd, is how the film was shot. Migicovsky and his co-producer, Fred Bonham Carter, were determined to move into production without delay, knowing how fast the social environment was changing day to day. As a result, they knew raising money was out of the question, it would take far too long and they’d miss the cultural momentum, so they devised an ambitious schedule that would scare even the most reckless filmmakers; shoot a feature film in 5 days, in one apartment, no second chances.

To make matters more hectic, Migicovsky wanted the entire film to feel like one continuous take, using seamless transitions to keep the pace flowing from moment to moment, much like the Neil Simon plays that inspired his rapid fire script. This meant months of rehearsal, and finding a cast and crew who were up to the task. After all, this incredibly tight schedule would rely on the actors performing as if they were on stage, a few mistakes and an entire 10 minute take would be ruined, the day would be lost, and so too would the film. As “Liars” motored into production, new perceptions were driving the conversation, turning to the need for more quality female roles. As it happens, “Liars” features 7 actors, 5 of which are women, and every performance is nothing short of stellar.

My first feature film, shot, edited, and nearly complete save for a few finishing funds! https://www.indiegogo.com/projects/liars-cheats

Josh Burdett (“Loving Vincent”)plays action star Max Peters, who has to navigate the media minefield and try and get out alive. Lucy Newman-Williams (“London Has Fallen”) and Stephane Cornicard (“Spectre”) are Max’s foul-mouthed publicist and manager, respectively, with more than enough deviance to go around. Caroline Lena Olsson (“Catastrophe”) plays the esteemed and spirited acting coach, who may be Max’s only friend in the whole world. Georgia Winters (“Jupiter Ascending”) is the absolutely magnetic Olya, who shares her holistic solutions and new age wisdom on deaf ears. Halima Slimani (“Blue Is The Warmest Colour”) plays Peaches, an impulsive houseguest caught in the crossfire, and Susanna Cappellaro (“Berberian Sound Studio”) is deceptive and enigmatic as Max’s only shot at redemption.

Now in the final stages of post, “Liars & Cheats” is due to be completed early next year, currently mixing an original jazz score and animating a lively opening sequence. Behind the scenes, the film features rising star Diana Olifirova as DoP, rounding out a talented and dedicated gender-equal cast and crew. Surely, as long as #metoo, #timesup, and other movements continue to grow and reshape culture, “Liars & Cheats” will be happy to remind the world what a bunch of bastards used to run the show.