Home TV Matt Graham, a British writer talks about the dark history of The USA 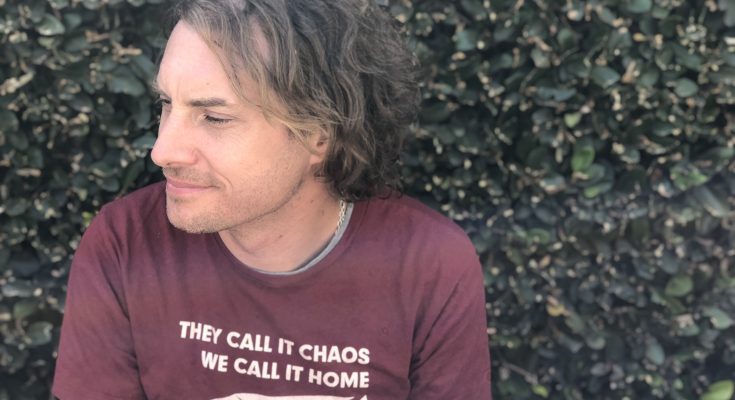 Matt Graham, a British writer talks about the dark history of The USA

By Hollywood Stage MagazineComments Off on Matt Graham, a British writer talks about the dark history of The USA

Writing on politics, especially in someone else’s country, is always a delicate subject, and Matt told me about how and why he was hired, and what it was like working on the show, which became a hit around the world.

You can see the series on Netflix today, or on Sky Atlantic in the UK where it originally aired. Matt also shared with us what it’s like to be a British writer working in America.

Why were you hired to write about American history?

Outsiders often have the best perspectives because they can be objective and have fresh perspectives. After I got out of USC Film School, my writing career was nowhere until I remembered an idea I once found at random in a history book at the Waterstones store I used to work at in London. This idea became a script I wrote with a friend from USC who’s also from England. It’s a true story about British mercenaries in Angola in the 1970’s. Based on real life, murky events, it was a story I always thought needed to be told, and it did well for both me and my co-writer.

For me personally, this meant meeting Oliver Stone who loved the script and was looking for a writer to work with on what became “The Untold History of The United States.” (My partner Zak ended up working for Vince Vaughn so it ended well for him too!). Oliver and I hit it off quickly due to a mutual love of history and I was hired.

The series, which aired first on Showtime and today can be found on Netflix, explores the unknown side of US History. This was a hugely exciting opportunity because it allowed me to examine the bizarre and wonderful country where I live today. The series was hugely successful and established me as a “historical” writer specializing in dark and disturbing history here in Hollywood.

Today I work on a lot of historical projects – for example right now I’m writing on a new TV series here about the true story behind the Apollo Moon Landing – which is a much darker tale than people realize – combining broken ego, extreme self-destruction and dark political schemes – in other words, the kind of stuff I love to write about! It’s airing next year in order to coincide with the anniversary of our successful landing on the Moon.

When was the best time to live in America?

What is the situation of the average British writer living in Hollywood?

There are hundreds of British writers who live and work in LA. Hollywood accepts everybody without question. All you have to do is write well and have good ideas. There’s a different idea about writing here than in the UK or Europe, which is that the job of the industry is to produce Entertainment – rather than Art – and so this permits different types of storytelling for different audiences. This is a key distinction because here success is based on audience reaction: if you cannot get people to watch your show, you are not succeeding and you’ll be cancelled. Ironically, this idea was the basis of all theatre throughout history, and Shakespeare and his contemporaries knew this well way back in the sixteenth century.

I live in a crumbling old turn of the century wooden house in the hills of Echo Park, from where you can see a real LA sunset every day. A few blocks away is an old building thrown up for the silent studio founded by a young comedian from East London who also came here to try his luck a hundred years ago – Charlie Chaplin.

British writers have come out to LA since the earliest days of the movie industry. One of my earliest inspirations, when I was in my teens in England, was a documentary on the BBC which profiled British writers working in Hollywood in the 1990s, and it always stuck with me. I actually work with one of the writers profiled on the show – Sacha Gervasi, who’s a well-established screenwriter here today, having written for Steven Spielberg.

Would you suggest your British colleagues work in Hollywood and if so, why?

LA is the centre of a revolution in storytelling right now; the one-hour drama series which are changing the way we enjoy stories. For a writer’s perspective its a time of enormous freedom – an age of innovation and creation. The big advantage here in the US is that writers are well paid and legally protected for what they do – so you can make a living here because being a writer is a respected profession – rather than as an artistic endeavour. Despite this, living by writing is very, very difficult, but you can do it if you persevere and the longer you stay the easier it gets because eventually, the system protects you.

For those that do stay, the rewards are limitless. Writing has allowed me to live between Hollywood and Latin America for years, to travel, to do some really mad things – like living in The Amazon or in New Orleans, and to meet insane and wonderful people, to get in crazy situations and live life. I just got back from writing a movie in Mumbai for example, directed by one of India’s biggest directors, Abhinay Deo.

Ironically, my brother also works out there as a writer-director, and his own Netflix series, a loose remake of John Carpenter’s classic horror movie “The Thing” set on a remote military base in Kashmir airs in a few months, staring Radhika Apte, one of Bollywood’s biggest actresses. Its pretty groundbreaking as its one of India’s first series of this type and is produced by American horror giant Blumhouse.

My brother and I both went into this crazy life. Sometimes it’s a stressful life, but its really all I ever wanted when I was a kid trapped in school in rainy Somerset, dreaming of the future. I’d be lying if I said it hasn’t come at the price of a normal life – but its a price you pay without question if you’re creative and ambitious. Those of us that do this, I think we all feel the same way.

Previous PostTHE WEDDING IS HAPPENING AND THE SUITS ARE ATTENDING Next PostCOVER STORY: Actor Daniel Stisen: How to prepare yourself for a role in an action film